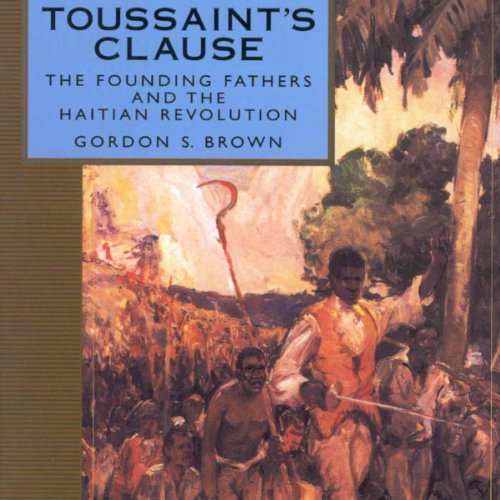 In its formative years, America, birthplace of a revolution, wrestled with a volatile dilemma. John Adams, Thomas Jefferson, Alexander Hamilton, and many other founding fathers clashed. What was to be the new republic's strategy toward a revolution roiling just off its shores?

From 1790 to 1810, the disagreement reverberated far beyond Caribbean waters and American coastal ports. War between France and Britain, the great powers of the time, raged on the seas and in Europe. America watched aghast as its trading partner Haiti, a rich hothouse of sugar plantations and French colonial profit, exploded in a rebellion led by former slave Toussaint L'Ouverture.

What listeners say about Toussaint's Clause

This book is not about the Hatian revolution

If you want to learn about France and the United States during the time of the Haitian revolution, this book is for you. If you want to know about Haiti, it is not.

Would you recommend Toussaint's Clause to your friends? Why or why not?

I would not recommend this book. The title and the description do not accurately describe the book.

Do not read this book to learn about Haiti. You will be disappointed.