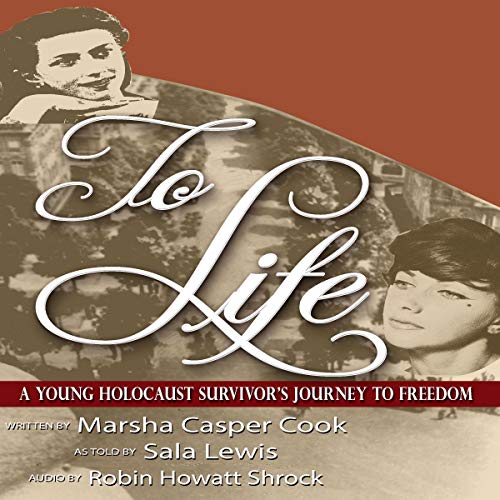 Sala Lewis, who at age ten was left alone to wander the streets of Poland after her family was taken away by the Nazis. She had been out with her friends and came home to find her family gone and the apartment where she lived closed off and she was not allowed in. Everything she possessed was no longer hers. She had no family, no clothes, no food, and at that moment in time, no future. It was because she was strong willed and confident that she made her way to find her sister who had been taken to a concentration camp.

Because Dora was older and experienced as to what you needed to do in the camps to stay alive she helped her sister adjust to the vigorous role of working in the camps and following orders. Dora had raised herself to a level where she oversaw three hundred young women and if they all followed orders everyone was safe but if one of the women tried to escape Sala would be killed.

Once the sisters were together, nothing could stop them which is why they both lived to tell their story.

What listeners say about To Life: Holocaust Survivor's Journey to Freedom

Courageous woman, what a life story!

Love the narrator, easy to listen and understand. I forward to more books by this narrator.

To Life - A Holocaust Survivor's Journey to Freedo

To Life - A Holocaust Survivor's Journey to Freedom by Marsha Casper Cook is a fascinating true story of Sala Lewis. She displayed such courage and bravery in her young life and her will survive is amazing. I loved listening to the audio version of her story. Narrator Robin Howatt Shrock does a great job reading about Sala’s triumph over tragedy.

I am giving To Life – A Holocaust Survivor’s Journey to Freedom a very well deserved five plus stars. I highly recommend it.

I received the audio version of this book from the publisher. This review is 100% my own honest opinion.