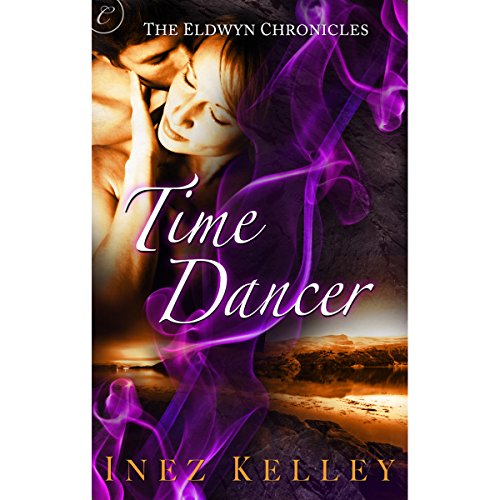 By: Inez Kelley
Narrated by: Alicia Harding
Free with a 30-day trial

Book three of the Eldwyn Chronicles

Everyone has a duty in the royal castle - everyone except Jana Haruk. Despite her promising magical bloodline, her gift is weak. As a Reminiscent Seer, she knows only what happened in the past, not what will happen in the future. When the crown prince's life is threatened, Jana vows to do everything she can to help him - including asking the queen, a powerful sorceress, to lend her some magic.

The queen summons Darach, a spell in human form. The arrogant and mysterious man soon discovers there's more to Jana than meets the eye: She's a time dancer, someone with the ability to move backward through time in her dreams. With Darach as her anchor, Jana can explore the past and try to figure out who is behind the attacks on the prince.

Despite her attraction to him, Jana knows little about the handsome warrior. The past is tying them closer to each other with every trip, but Darach is bound to return to his homeland when his mission is complete...and their time together is running out.

For more of the Eldwyn Chronicles, check out Salome at Sunrise, available now!

What listeners say about Time Dancer