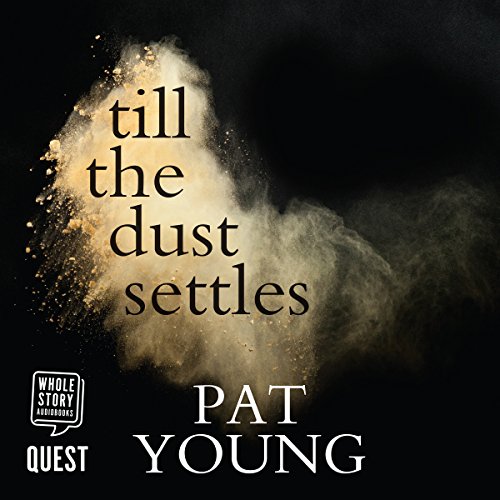 Till the Dust Settles

Two women will never meet, but their lives are about to collide.

As Lucie leaves the house on the morning of September 11th, heading to a job interview at the World Trade Centre, the unthinkable happens.

On a street in New York, choking on the dust in the aftermath, Lucie stumbles upon an unexpected opportunity. But starting again is rarely that simple. Sometimes, what lies ahead is far more deadly....

An unmissable debut thriller from an exciting new crime writer who's taking the charts by storm.

" Till the Dust Settles is a wickedly unnerving thriller from a writer who demands attention." (Caro Ramsay, best-selling author of the Anderson & Costello mystery series)

What listeners say about Till the Dust Settles

This is the best book I have read this year. Will be looking for more to read by this author.

Star Phoenix has such a silly little voice. The book deserves a more mature narration.

Initially the narrator’s rather sugary voice and deliver put me off, but it’s worth persevering with. The storyline is clever, plenty of twists and turns, if a little far fetched and ‘conspiracy theory’ish at the end.

First class story with plenty of interesting twists and turns . An ending that leaves the reader in the mind of a possible follow up . Enjoyable and recommended

Don’t hesitate get this book

Enjoyed this so much was superb gutted I finished it, very very well written.gripping to the end

Really enjoyed this book. Will be looking out for more Pat Young. Worth the read!

exciting from start to finish. lots of twists and turns in every chapter. a must read.

Plot had potential...shame about the narrator

I tried to persevere with the book in spite of the irritating voice of the narrator because I liked the idea of the plot, but I just couldn't go on.

What was most disappointing about Pat Young’s story?

The narration was awful such a childlike and annoying voice and poor story.

Hard to listen to.

Did Till the Dust Settles inspire you to do anything?

Hard to believe people actually enjoyed this book. It proved to me you can't go by ratings.