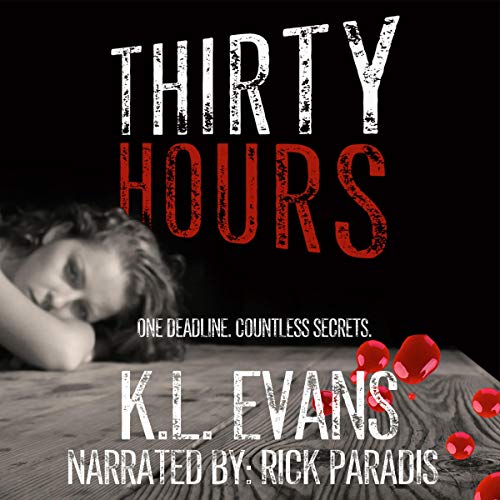 One guy. One girl. One deadline. Countless secrets. Thirty hours to save one life. The clock is ticking. Are you ready for this? Are you sure? Then listen up.

Time is all we have. You and me. Right now. We have some time, and I don’t know how much. What I choose to do with this undetermined amount of time could determine the course of the rest of your life and mine.

When reporter Seth McCollum encounters a devil-may-care woman skinny-dipping in a fountain, he believes he has his work cut out for him. As the author of the Humans of Dallas column in the city paper, his job is to track down average yet interesting residents of the city and tell their story. With a deadline looming, the quirky woman seems like a perfect subject for his latest story. That is, until she steals his car - while he’s still in it.

Held captive in his own vehicle, Seth discovers his would-be subject is a bottomless well of dark secrets, twisted family history, and deep-rooted pain. After she finally surrenders his car, he’s hell-bent on telling her story, but she won’t even tell him her name.

A mystifying, humorous, fast-paced chase ensues, only to collide with an unexpected tragedy as Seth realizes saving the young woman’s life lies squarely in his hands. Time is running short, and he’s only got one idea. He’s convinced he can save her, but she’s not convinced she wants to be saved.

I received a free review copy of this book and am voluntarily leaving a review. I totally enjoyed reading this book. It’s well written. I would suggest this book to my friends that like this sort of genera. this was a good book.