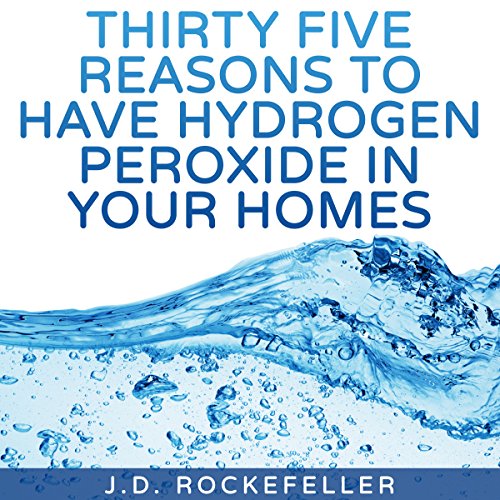 Thirty Five Reasons to Have Hydrogen Peroxide in Your Homes

Thirty Five Reasons to Have Hydrogen Peroxide in Your Homes

By: J.D. Rockefeller
Narrated by: James Colby Green
Free with a 30-day trial

Hydrogen peroxide is a reliable lifesaving product. For years, it has been regarded as an amazing compound for its extensive uses and versatility. It can be used in almost anything, ranging from beauty products to treating your household properties.

It can be used for your health. It's also beneficial for your pets and for your gardens, swimming pools, and in your homes. Nowadays, hydrogen peroxide is very fondly used by many people nationwide as a replacement for bleaches found in stores, which are strong in chemicals. The purest form of the chemical compound is used in industries.

Cost-effective hydrogen peroxide can be readily picked up from drugstores or grocery shops anywhere, and that's why it's most widely used. The chemical compound we get in the market contains only about 3 percent of hydrogen peroxide, and the rest is water.

In this book, you'll learn:

I learned a lot from this great book about how to use peroxide. I really love it. 😊