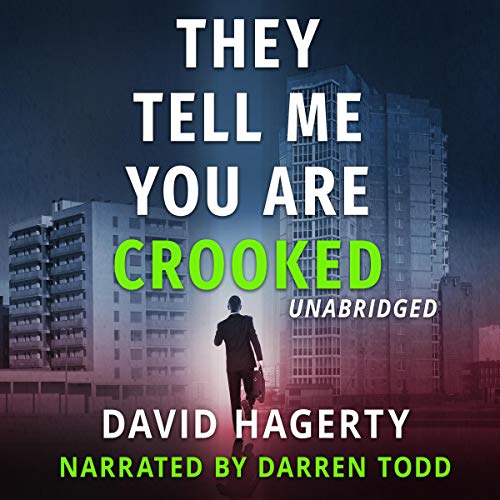 They Tell Me You Are Crooked

They Tell Me You Are Crooked

Two years after the murder of his daughter, Governor Duncan Cochrane must hunt down a sniper and a blackmailer.

Two years have passed since the murder of Duncan Cochrane’s daughter. As governor, he now holds the power to punish all criminals, yet he cannot prosecute her killer without destroying his political career.

To protect his own family and those he governs, he moves into the tenements and begins parallel manhunts for both enemies. Along the way, he faces menacing gangs, a mysterious layman, indifferent police, and self-serving politicians, all of whom impede his investigations.

Evolved Publishing presents the second audiobook in the series that details Duncan Cochrane’s rise to prominence and the personal cost of his public ambitions.