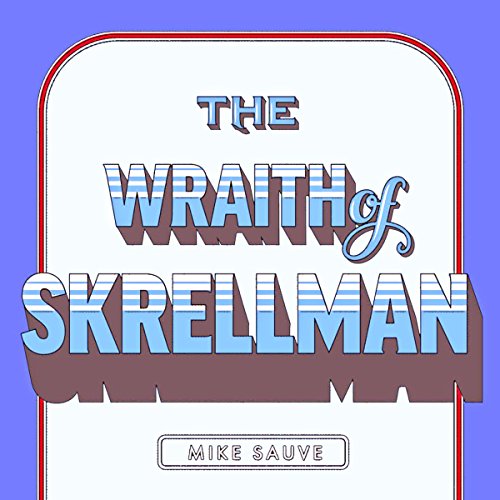 By: Mike Sauve
Narrated by: Gordon Greenhill
Try for $0.00

Set against the pomposity of a small-town theatre community, The Wraith of Skrellman is the story of a nearly-delusional, completely-homeless 46-year-old troubadour's ill-fated pursuit of a beautiful teenage actress, the resentment this breeds in her precocious classmate Dave String, and the wraith of Skrellman who haunts them all with his "pornographic play-by-play" and frequent acts of occult mischief.

Elegiac at times, downright smutty at others, it's like The Virgin Suicides if that book were a little less a masterpiece and a whole lot more teen sex romp. Beneath the populist slapstick exists a literary ode to lost youth, and a mordant satire of the social conservatism of small towns.

What listeners say about The Wraith of Skrellman

A touching and hilarious read!

Would you consider the audio edition of The Wraith of Skrellman to be better than the print version?

Yes I would. The narrator did a fantastic job. He really captured the pathos of the characters and the sense of whimsy.

What other book might you compare The Wraith of Skrellman to and why?

The Virgin Suicides because it is a nostalgic look back at life as a teenager that blends literary writing with humorous observations.

Which character – as performed by Ben Contritus – was your favorite?

The Wraith of Skrellman is raw and hilarious.

With strong strange characters and a small strange town, this book made me chuckle and wince at different times throughout listening. This book deserves to be talked about more than it is! Ben Contritus's narration was incredible, especially his voice for the twins which was definitely my favorite part.