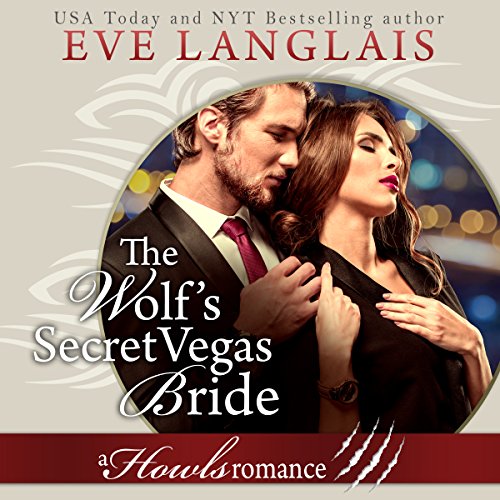 By: Eve Langlais
Narrated by: Logan McAllister
Try for $0.00

This lone wolf gets the shock of his life when he gets a bill for his wedding in Vegas.

After a soap opera of a week where Rory meets his real father, attempts a hostile business takeover, torches the family business, and almost gets arrested for attempted murder, he decides a relaxing weekend is just what he needs.

Vegas has a way of making a man - even one who’s part wolf - forget his troubles. Rory does such a good job of wiping his mind that he doesn’t even remember the wedding he receives an invoice for.

Did he do the unthinkable?

Rory sets out to find his blushing bride only to discover the one thing he never expected. Love. But can a wolf have a happily ever after with a mate who is on the run from danger?

What listeners say about The Wolf's Secret Vegas Bride

I found the book funny and entertaining, but The heroin was kind of dumb when it comes to figuring out what people are

I loved the book, the narration was very jerky. It was like. Listening to a. Story like. This. I ended up buying the book to finish it instead of listening to it on my commute.

Loved this audiobook. It has humor, romance and mystery. Enjoyed the narrator as well. He can tell a story. Eve Langlais is a great writer. I have all her books and audiobooks as well.