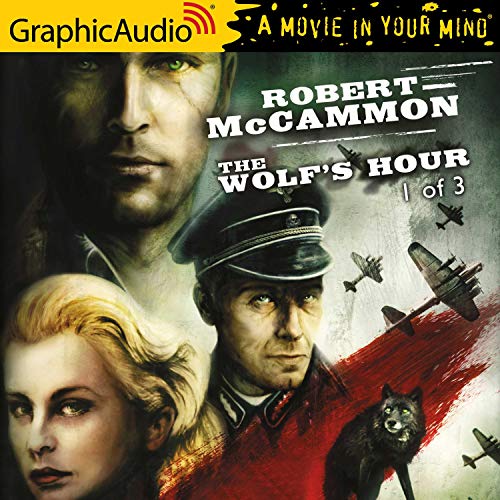 It is 1944. A message from Paris warns Allied Intelligence of something big in the works - something which might have serious implications for D-Day. The only way to get more information from the agent in Paris - now closely watched by the Gestapo - is to send in a personal courier.

Russian émigré Michael Gallatin is picked for the job. In retirement as a secret agent since a grisly episode in North Africa, Gallatin is parachuted into occupied France, on a mission which will take him to the festering heart of the Third Reich on the scent of doomsday.

As a master spy, Gallatin has proved he can take on formidable foes - and kill them. As a passionate lover, he attracts beautiful women. But there is one extra factor which makes Michael Gallatin a unique special agent - he is a werewolf, able to change form almost at will, able to assume the body of a wolf and its capacity to kill with savage, snarling fury.

What listeners say about The Wolf's Hour (1 of 3)