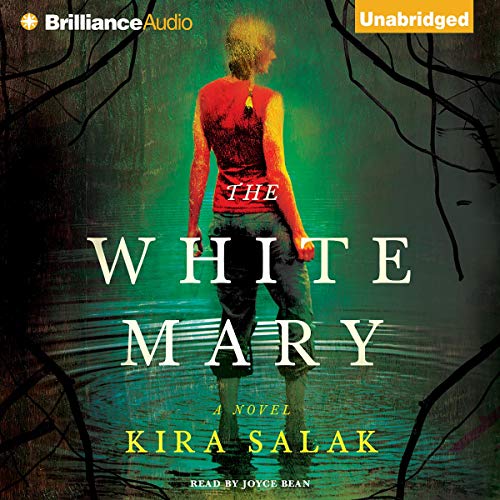 A young woman journeys deep into the untamed jungle, wrestling with love and loss, trauma and healing, faith and redemption, in this sweeping debut from "the gutsiest woman adventurer of our day" ( Book Magazine).

Marika Vecera, an accomplished war reporter, has dedicated her life to helping the world's oppressed and forgotten. When not on one of her dangerous assignments, she lives in Boston, exploring a new relationship with Seb, a psychologist who offers her glimpses of a better world.

Returning from a harrowing assignment in Congo, where she was kidnapped by rebel soldiers, Marika learns that a man she has always admired from afar, Pulitzer-winning war correspondent Robert Lewis, has committed suicide. Stunned, she abandons her magazine work to write Lewis' biography, settling down with Seb as their intimacy grows.

But when Marika finds a curious letter from a missionary claiming to have seen Lewis in the remote jungle of Papua, New Guinea, she has to wonder, What if Lewis isn't dead?

Marika soon leaves Seb to embark on her ultimate journey in one of the world's most exotic and unknown lands. Through her eyes, we experience the harsh realities of jungle travel, embrace the mythology of native tribes, and receive the special wisdom of Tobo, a witchdoctor and sage, as we follow her extraordinary quest to learn the truth about Lewis - and about herself - along the way.

This reading started to affect me the minute the White Mary plunged her foot into the wet New Guinea jungle and discovered the first leech. This is a trek the author herself survived and also wrote about in Four Corners, a nonfiction which I will definitely read asap. The relationships of the white woman to the New Guinea tribal people was fascinating: uncomfortable, frustrating, and scary...as were her love relationships. The insights of the main character are lingering and relevant to me even though I haven't experienced anything like this in my life or my reading. Now I have experienced remote New Guinea on foot and the cost of being a fearless modern journalist vicariously through this adventurous book. I read many to find one book that affects me like this.

I really loved the parts of the story that detailed the journalist's experiences in other countries. I plan to use the book in both a journalism class I teach as well as a multicultural literature class I teach. However, the love story, which is a secondary plot, is cheesy, cliche and predictable; also the narrator's male voice for the boyfriend was terrible. Bostonians do NOT sound like that!

This combination love story/adventure story about a young female journalist that enters the jungle of New Guinea to find her lifelong mentor has a few issues.
First, the good news--the narrator is absolutely excellent--one of the best I've heard so far, after listening to about 20 books or so. She gives each character a distinct voice and flavor that many narrators attempt but very little achieve, in my experience. The adventure part of this story is excellent. The characters are fully formed and the story moves along well. As I see it, there were two issues with this book. One is the dialogue between the two lovers. It's incredibly unrealistic and sappy, especially on the part of the male love interest. The other, without giving too much away, deals with the main character's motivation for doing some of the things that she does--including the main journey. To me, there just wasn't enough there to make me believe that a person would do what she does with the offered motivation that she supposedly has.

Besides the negatives, however, this was a truly enjoyable book for me, and I would recommend it. The look at different, "primative" cultures, and the journey of physical and spiritual testing that the main character goes through were dramatic and entertaining.