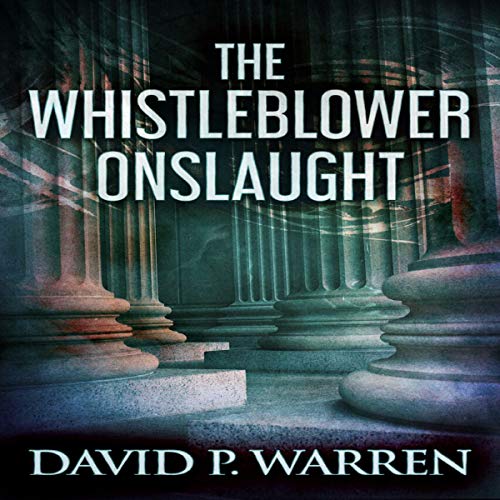 When experienced employment attorney Scott Winslow takes on a whistle-blower case for fired energy company executive Kevin Walters, actions are set in motion that will change lives forever. Scott pursues a lawsuit alleging that his client was fired for complaining about unsafe conditions in the company's mines that endangered workers. Along the way, Scott discovers that government records were altered in the wake of an explosion that killed one mine worker and injured three others. As they search, Scott and his team discover blackmail, sanitized records, and a corporate cover-up.

And something else - there is someone out there who wants the case dismissed at all costs, enough to threaten them and then to come after Kevin Walters, as well as Scott and his family. They all find themselves targets of that someone with his own agenda as they chase the evidence they need to prove the case at trial.

What listeners say about The Whistleblower Onslaught

Predictable. Uninteresting. Terrible ending. Overall pretty boring book. Not sure I want to take a chance on any of this writer’s other works.