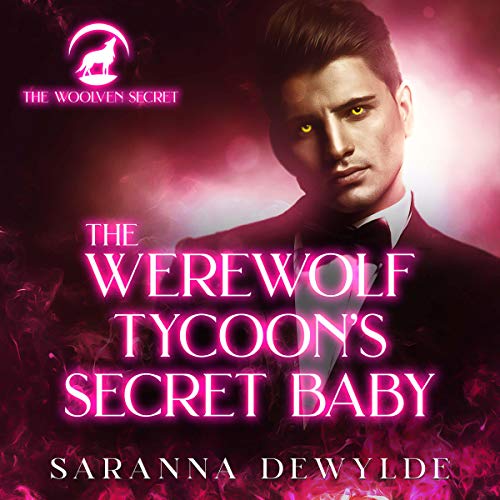 By: Saranna DeWylde
Narrated by: Debbie Soelter
Try for $0.00

While on holiday in Greece, Drew Woolven had a passionate encounter with a woman he never expected to see again. Especially not in a small Midwestern town with a boy that has a crescent moon birthmark on his wrist that matches Drew’s own.

Emmie Anderson had never been more thrilled than when she discovered she was pregnant. At 38, she was tired of waiting for the right man to have a child, and after a messy divorce from a sociopath, she’s not sure she wants a man. Emmie thought she had it all planned out until she discovered her son’s unique affliction.

Pack law demands Drew marry her and turn her to keep the Woolven secret, but after her divorce, Emmie swore she’d never let another man have that kind of power over her again. Especially not one who tempts her to surrender her heart.

What listeners say about The Werewolf Tycoon's Secret Baby

i just can't get passed the narrator

the narrator can make or break a audiobook. this narrator broke the heck out of this book. she sounded ridiculous. she was part computer, part constipation, part mouth filled with helium. I could not even tell if the book was interesting. blahhhh

Not sure why I listened to this one 😒

This is a very simple, Dull storyline with not much action. You will know the ending before you get a quarter of a way though the book!!