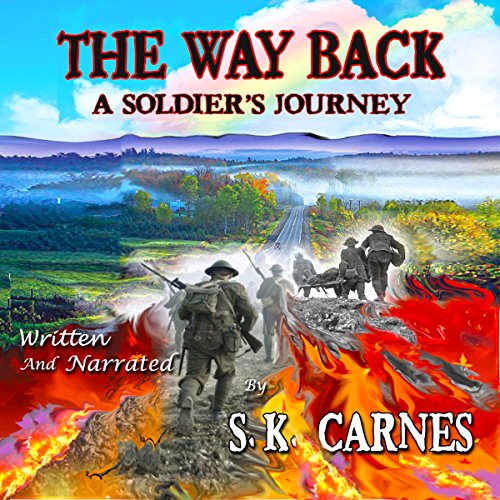 Lori Moyer is devastated by an email from far away Wisconsin. "They are tearing down the old dairy barn on your home place and selling it off in pieces". Lori pleads, "It is not just a barn. It is an icon - a way of life!" When a journal is found in a beam in the hayloft, her son sends it to her, explaining, "no one here knows John Chapman who wrote this, perhaps you remember him".

Yes, Lori indeed remembers John as a father figure, who thought of her as his own little girl, who rescued her often, and told her stories that guided her life. He was hired to finish the barn and stayed on to run the dairy. She types his name into a search engine and the Internet sends back two news items from 1925, telling of John's disappearance from his own farmstead, and describing how a posse found him a week later hiding in the loft of his barn. Why that happened five years before he came to work for us, Lori reasons, perhaps it explains why he came. Dismayed but intrigued, Lori reads "The Necklace of Words", John's account of his life after fighting in the trenches of World War I.

Beginning in 1930 when he was hired, John writes eloquently in poetry and prose of his ongoing battle with what today we call "Post Traumatic Stress". Lori finds herself captivated, as she once was as a child sitting at John's feet, but this time, as she reads of his pain and longing, relives his nightmares, and encounters her parents and herself through his eyes. She reads of Whinneboujou, and his Mule Sweat Lodge where John and her father went to learn the wisdom of the ancient Anishinabe Indians. Did those encounters help John heal from his losses? Did they help him to trust in the veterans' group he later joined? Lori revisits her animal companions, laughs at her father's Irish sayings, and travels with John up Jacob's Ladder, the mystical light beam through the high windows that turned the barn loft into a cathedral. "The War of the Worlds", broadcast in 1938 terrified the nation. Neighbors gathered in the great dairy barn, listening to the radio there, grimly planning to make their last stand. Lori reads that story as John, who had encountered first-hand the poisoned gas and the machines of war, wrote it.

Realizing she has crafted her life around what they had shared in the dominion of the barn, resplendent with new found respect for her heritage, and for John's "little girl", Lori holds his journal dear. Her signature used playfully for years, takes on new meaning:

"My barn burned down and now I see the moon."