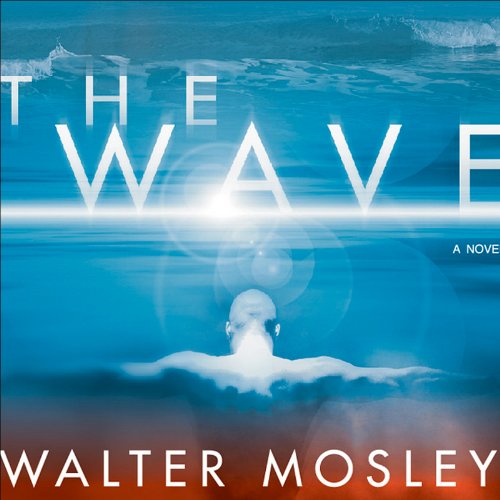 Errol's father has been dead for several years. Yet lately, Errol has been awakened in the middle of the night by a caller claiming to be his father. Is it a prank or a message from the grave? When he hears the unmistakable sound of a handset being put down on a table, he decides to investigate.

Curious and not a little unnerved, Errol sneaks into the graveyard where his father is buried. What he finds there changes his life forever. Caught up in a war between a secret government security agency and an alien presence infecting our world, touched by "the Wave", he knows that nothing will ever be the same again.

What listeners say about The Wave

This was a very mysterious book that kept my attention the whole time.
It's about a sons love for his father that has no boundaries even after death.
I hope you enjoy this book as much as I did.

I liked this though, I think it was a little too cynical....interesting characters and great plot twists....the main character is complex and I like how the author demonstrates the conflicts he experiences and how he subtley changes throughout the novel...I just don't buy the fact that the antagonists would want to exterminate these creatures who seem to not want to cause any harm to man...it is hard to judge the good guys and bad guys so completely as good and evil when the reality is that neither is ever so one-sided.

I have really enjoyed other Walter Moseley books, and no one likes a good Sci-Fi yarn better than me. This one starts off with great promise ... late-night calls from a long-dead father, creepy visit to cemetery, confusion over how this young version of his father can be real, and deep, dark government program. Then the hero starts sleeping with the head-spook's wife while being kept captive and things go down hill fast from there. The whole last third of the story feels like a confused dream sequence and the attempted "resolution" at the end re GT and the head spook just doesn't work at all. You can't help but wonder why he apparently doesn't "get it" that this carbon-copy isn't really his father??? And, what / who the devil is Far Singer, who I guess makes an appearance somehow in the end, but it's such a confused mess. I wasted my month's two credits on this one and another even worse turkey, so now must spend more money until next month. Bummer!

What a great concept. The first half of the book was great, a little creepy, but really captivating. The second half just fell flat. It could have been so much more. It could have easily stepped up to the level of "blood music" or "cell" or "american gods".

Not what I expected from this author. This story was downright creepy.

An enjoyable and creative story. The narrator was good in bringing the story to life. I would recommend this book

As always, for me Walter Mosley has not failed! His stories are always different and twisted...in a good way...to where you cannot foresee the ending but you insist and hope for a happy one. And he hasn't failed me yet! Cross fingers here and knock on wood. Place happy face here!