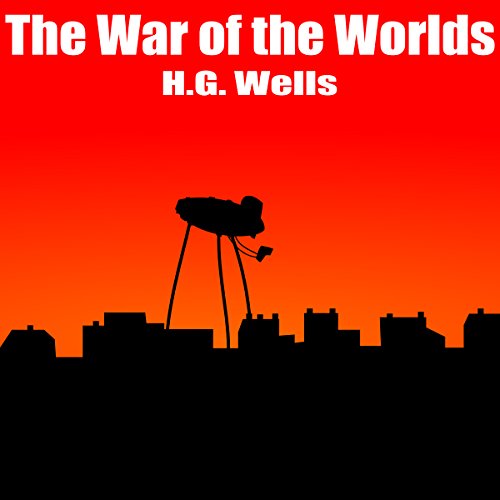 Professor Ogilvy spotted the projectiles as they were launched from the planet Mars. Even so, when they landed and the aliens emerged, mankind was not ready. Using superweapons and massive walking robots of war, the aliens trampled the forces arrayed against them and caused the rout of mankind.

In this first-person narrative, one of the survivors who came face-to-face with the aliens tells his own true story. The War of the Worlds is a classic science fiction story that has never been out of print and thrills people today just as it did during its first printing.

In this unabridged reading by FNH Audio, you'll feel like you're there with the protagonist, struggling to survive beneath the feet of the Martians.

It is obvious why this is a classic and why H.G. Wells is so highly praised as a literary giant of classics. It is brilliantly written, capturing the imagination using well known places as settings for the story and science relevant to the time to make it believable. Wells also depicts human response to disaster in a unique way. I could not stop listening! This version is well narrated and easy to listen to. Just about to start listening again. :)