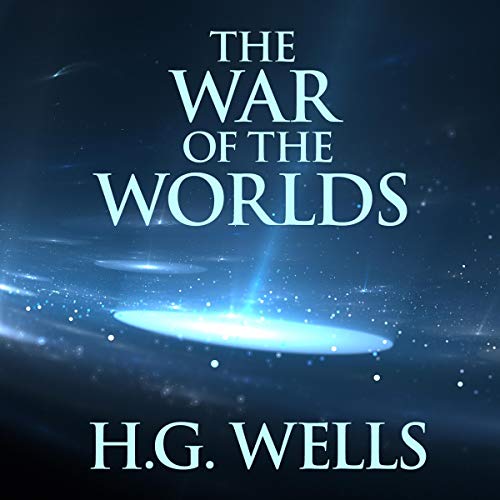 A shooting star seen in the skies over Victorian England heralds an alien invasion. The Martians, in need of resources, have been shot from Mars via a huge space gun and have landed in Southern England, where they quickly overwhelm its inhabitants. As the battle for Earth begins, our unnamed narrator struggles to return to his wife amidst the fighting and devastation.

One of the most widely-read and influential science-fiction novels, The War of the Worlds touches on interplanetary travel, evolutionary theory, British imperialism, and the fears and prejudices of Victorian times. First serialized in 1897, it has been adapted many times, most famously by Orson Welles and company in the form of a prank radio news alert in 1938 that caused panic among listeners.

interesting & suspenful. Great Narrator. Loved it & would Recommend to everyone to read it.

It's hard to believe this novel was written in 1897! H.G. Wells does a masterful job of creating a story that keeps you on the edge of your seat until the very end.