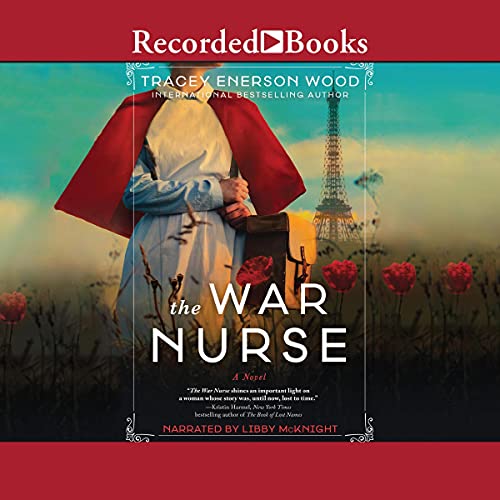 By: Tracey Enerson Wood
Narrated by: Libby McKnight
Try for $0.00

She asked dozens of young women to lay their lives on the line during the Great War. Can she protect them?

Superintendent of Nurses Julia Stimson must recruit 64 nurses to relieve the battle-worn British, months before American troops are ready to be deployed. She knows the young nurses serving near the front lines will face a challenging situation, but nothing could have prepared her for the difficulties that await when they arrive at British Base Hospital 12 in Rouen, France. The primitive conditions, a convoluted supply system, and horrific battle wounds are enough to discourage the most hardened nurses, and Julia can do nothing but lead by example - even as the military doctors undermine her authority and make her question her very place in the hospital tent.

When trainloads of soldiers stricken by a mysterious respiratory illness arrive one after the other, overwhelming the hospital’s limited resources and threatening the health of her staff, Julia faces an unthinkable choice - step outside the bounds of her profession and risk the career she has fought so hard for or watch the people she cares for most die in her arms.

Based on a true story, The War Nurse is a sweeping historical novel by international best-selling author Tracey Enerson Wood that takes listeners on an unforgettable journey through World War I France.

What listeners say about The War Nurse