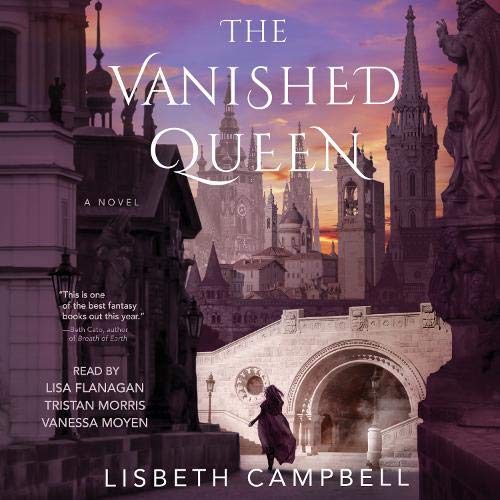 A stunning blend of vivid fantasy and political drama, The Vanished Queen is the timely story of a young resistance fighter working to overthrow a totalitarian ruler’s regime of terror and lies. “[G]ripping…this is the novel the world needs now” (Kate Hearfield, Nebula Award­-winning author of Armed in her Fashion).

Long ago, Queen Mirantha vanished. King Karolje claimed she was assassinated by a neighboring ruler, but her people knew the truth: the king had Disappeared her himself.

Now the queen’s disappearance is hardly a memory - merely one among many horrors the king’s reign has wrought. But when Anza, a young student impassioned by her father’s unjust execution, finds the missing queen’s diary, she is inspired by Mirantha’s words - joins the resistance group to overthrow the king.

Prince Esvar is the second son to an evil king. Trapped under his thumb and desperate for a way out, a chance meeting with Anza gives him the opportunity to join the resistance. Together, they might have the leverage to move against the king - but if they fail, their deaths could mean a total loss of freedom for generations to follow. In this dangerous game of court politics, one misstep could lead to a fate worse than death.

Set in a world where resistance is as dangerous as it is important, The Vanished Queen is a “big, dark, intricate novel” (Lousia Morgan, author of A Secret History of Witches) about the courage and sacrifice it requires to take on a tyrant.

What listeners say about The Vanished Queen

the male narrator ruins this book.

goodness i wanted to like this book, i feel that if you read it instead of listened to it you will like it, but man... the male narrator is just awful. he gave me a headache and i just couldnt continue listening..

The narrator made this impossible to follow and get any idea of the story line. He stressed words that shouldn’t be stressed and didn’t stress words that should. It sounded like someone was pumping a foot pump for an old fashioned sewing machine.