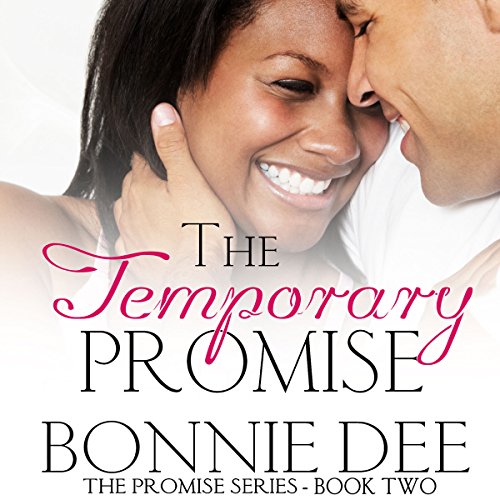 By: Bonnie Dee
Narrated by: Natasha Soudek
Try for $0.00

Waitress and struggling actress Tara Rambeaugh has grown used to the idea that her career might not progress beyond an occasional commercial or role in local theater - until her best friend's brother, Luis, lights a fire under her by encouraging her to make a big move. Soon Tara is taking more than career risks as she plunges headlong into a steamy relationship with the guy she crushed on as a teenager. But war veteran Luis has issues of his own, and Tara doesn't know if either of them is ready to handle anything serious - even as her heart is falling deeper in love.

What listeners say about The Temporary Promise

This ranks among the worst audible books I’ve tried. I had the toughest time listening to the narrator. The pace of the narration was horrible. I’ll avoid her in the future.

This story has promise but is very weak, I couldn't believe it was the end. I guess I missed the climax.

I really liked this book and would recommend this book. I wish this book was a movie or TV show. It had a great storyline and sexual storylines. I wish the book would have told more about how the move went before ending book 2. It touched on real issues like PTSD and multiple relationships issues. It also hit on bad parenting issues.