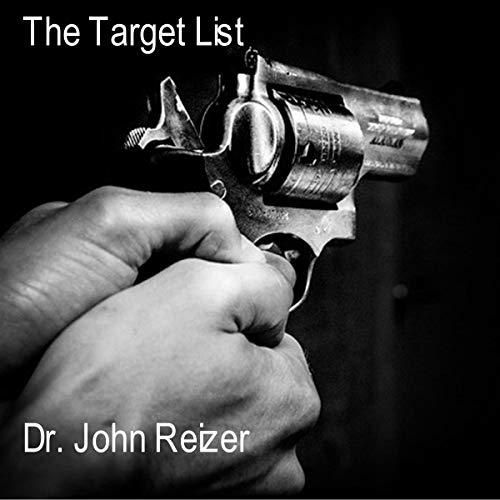 By: Dr. John Reizer
Narrated by: Allen Grunerud
Try for $0.00

WAND is a revolutionary new medical tool that cures diseased tissues in human beings without the use of drugs or surgery. Ten years in design and production, the technology has a 95% success rate in curing most forms of cancer in animals and human beings.

The brainchild of 48-year-old Harvard Medical School graduate, Clyde Daniel, WAND (Wave-Altering-Nanoparticle-Disrupter) is going to move the profession of medicine out of the dark ages and into something that closely resembles science fiction. That is, unless the pharmaceutical industry, which stands to lose billions of dollars in lost drug revenues, can intervene with its hired assassins and destroy the technology and its team of creators before it ever has a chance to see the light of day.

The Target List is a medical science fiction thriller, a real pause-resister that will have listeners hooked from the first chapter through the very end of the book.

I thoroughly enjoyed The Target List. Dr. John Reizer had me anxiously anticipating what would happen next. I felt like I was watching a movie as I imagined the story in my mind. Expertly written and very eye opening into the medical industrial complex.

A realistic medical suspense that was fun to listen to with a great story line. It’s a descriptive story that was captivating and I highly recommend it.

The Target List gets your adrenaline pumping right out of the gate. I was very impressed by how fast the story grabbed me, and there weren’t many lapses in the action once the book began. Hold on to your seat when you listen to this audiobook.
I was given a copy of this audiobook for free in exchange for an unbiased review.

Clyde Daniel and Donna Sawyer have invented WAND, a revolutionary tool that can eradicate cancer without drugs. The two doctors are running for their lives and take listeners on a thrilling ride across country in this short medical thriller by author, John Reizer. The entire book is action-packed and filled with dangerous situations as the protagonists try to elude hit men hired by pharmaceutical companies. I loved the book!
I received a free copy of this book in exchange for an honest review.

The Target List was so much fun to listen to. I have never really thought about the drugs industry the way it was portrayed in the book. It made me think long and hard about this thought-provoking subject.
I was given a free copy of this audiobook in exchange for an honest and unbiased review.

I think there’s a lot of truth to the story. I felt like I was watching a movie and got really absorbed in all the action. This was a very good listen.
I was given a free copy of the book in exchange for an honest review.

An engaging and exciting mystery thriller that kept me on edge of my seat. I love that it was short and sweet and to the point yet dynamic and exciting. well done!

The short chapters really kept the pace taut and tense in this thought provoking story. Could big pharmaceutical companies be holding out against cures for today's killer diseases? Is it all about money after all?
A most interesting story.

This was a nicely narrated book by Mr. Grunerud and a cleverly written story by Dr. John Reizer. The book was entertaining and also very educational at the same time.

I was issued a free copy of the audiobook in exchange for an unbiased review.

A well done book about the dirty dealings taking place within the pharmaceutical industry. I bet this happens in real life.

I was given a free copy of this book in exchange for an honest review.

Good story and I like the way it refers to the big Pharmas and how they may be behind a lot of things (don't want to say too much in case it spoils the story for others). Story flowed well and the narration was perfect for this type of story.
Tracey Allan

We Wand to get rid of cancer today.

It is said that one man's loss is another's gain. When it comes to health issues, though, it seems that Big Pharma's gain is everybody's loss. When Clyde Daniel perfect his Wand, a new radio wave technology capable of reversing cancer and during other chronic illnesses, a conspiracy to prevent it becoming publicly available, including attempts on the lives of Clyde and his close associate, Donna, erupts: Big Pharma's dominance had been threatened.

This very short medical thriller still manages to be an exciting action filled tale which also hints heavily about the current ongoing consultancy to keep people sick and dependent on the drugs that make a few pharmaceutical companies very wealthy. It is against their interests to bring health to a nation. Written consisely, more attention is paid to ideas than character but the main protagonists are nevertheless personable and endearing. Narration by Allen Grunerud is delivered with good intonation but in the slightly flattened tones of a news report, giving a greater authenticity to the story: a good choice.

This book by Dr.John Reizer could easily have been developed with great effect to give further character depth and better explore his observations on the way in which so much is held ransom by major company conspiracies, supported by the state; but, as a short story, it still makes an impact as a medical thriller and, hopefully, will cause readers to rethink our trust in what we are told.