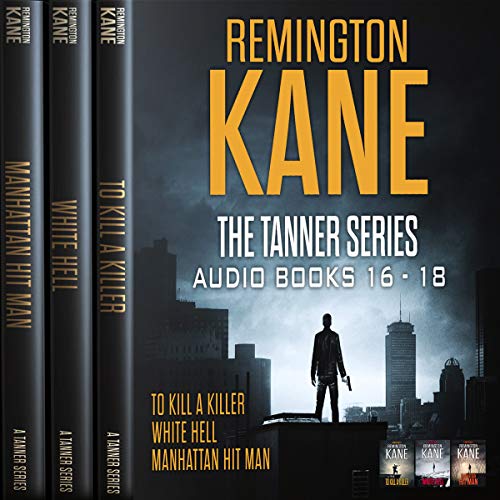 By: Remington Kane
Narrated by: Daniel Dorse
Try for $0.00

From Remington Kane - the author of the Taken! Series

The two greatest assassins in the world collide...

...and only one can survive.

Tanner's quest to hunt down the legendary assassin Maurice Scallato turns into an adventure across Europe.

With Sara Blake at his side and the mysterious Jacques Durand lending assistance, Tanner tracks Scallato even as Scallato plots to kill him.

To kill Scallato, Tanner must first survive Scallato, and Maurice Scallato is as ruthless a man as Tanner has ever faced.

Although Tanner's mind is on death, his heart beats to a different drum, as he and Sara Blake grow closer.

It's a battle of the two greatest assassins in the world, and in the end, only one can walk away.

Has Tanner met his match, or will he take the art of assassination to a whole new level?

Tanner and Sara's small plane crashes into the Siberian wilderness...

...and that's just the beginning of their trouble.

An old enemy of both Tanner and Sara wants them dead, along with a team of mercenaries and dozens of hardened killers.

If that wasn't enough, Tanner must also protect the life of an innocent and deal with a blizzard.

The odds are stacked against them, but this is Tanner, and not even the wilds of Siberia can conquer him.

Tanner returns to New York City and becomes involved in a war...

...as the Boston mob makes moves to take over New York City.

Meanwhile, after Sara agrees to do a favor for an old friend, things turn deadly, and she finds herself fighting for her life.