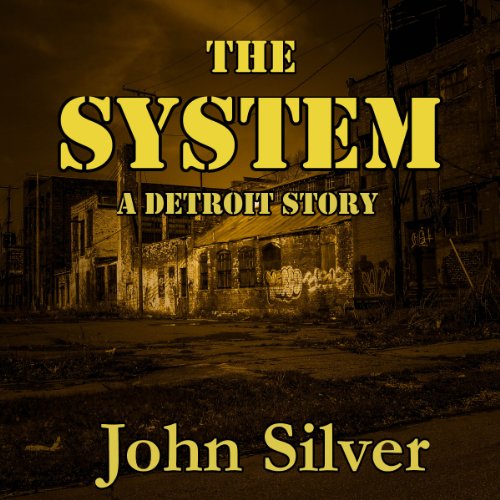 The System - A Detroit Story

They all had a system: the professional car thief, the cop, the sex trade operator, the heroin dealer, the DEA agent. But in Detroit all bets are off and you're on your own. Follow Elena Krizi, duped into sex slavery on the promise of a job, dancing and hooking in an 8 Mile Road strip club owned by Vlad "The Dragon" Dragovic. Ride with professional car thief Chris Wolfe boosting Escalades and busting them down at Eddie Siegler's chop shop, deep in Detroit. Watch Cletus B. Lincoln, the Mayor's personal bodyguard conspire with The Dragon and drug dealer Alanzo Hendricks to open a new, massive heroin distribution route through Detroit. Take them down with DPD Inspector Freeman Washington and pole-dancing DEA agent Ann Peabody. Take a wild ride on the lawless streets of Detroit in The System - A Detroit Story by John Silver.

What listeners say about The System - A Detroit Story