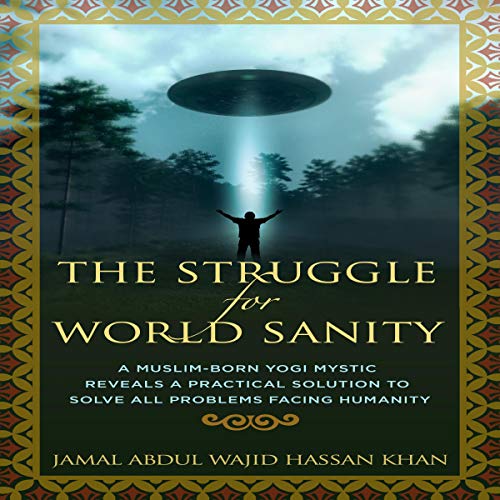 The Struggle for World Sanity

Jamal Abdul Wajid Hassan Khan was born in Pakistan to Muslim parents and raised in England. After settling in England, he became known as Wajid Hassan. Wajid outlines his personal journey that was to lead him at the feet of his own yogi master Dr. George King.

Through the guidance, teaching, and experiences with his spiritual teacher, along with his own unique mystical experiences, including that of an amazing spiritual contact he experienced with a UFO out in the wilderness, Wajid shows you the way out of the current chaos enveloping the world at the dawn of a new era of peace and enlightenment for all who will remain on Planet Earth after the great change, which has now started.

Here are universal truths revealed to many for the first time that will inspire you and help you raise your vibrations even higher so that you can be of greater service to every life stream that needs healing and upliftment in these troubled times.

A call to action, if heeded, that will put you in a very favorable karmic position in the future.

What listeners say about The Struggle for World Sanity