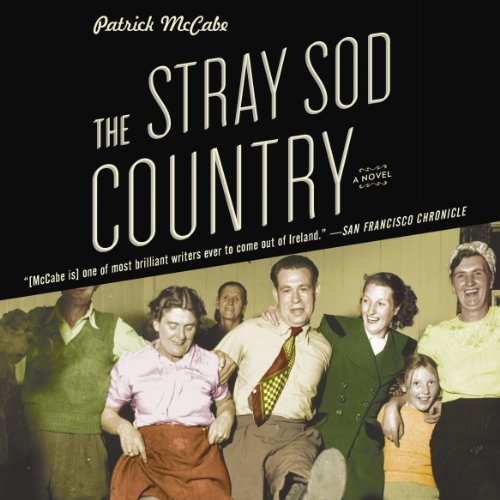 It is 1958, and as Laika, the Sputnik dog, is launched into space, Golly Murray, the Cullymore barber's wife, finds herself oddly obsessing about the canine cosmonaut. Meanwhile, Fonsey "Teddy" O'Neill is returning, like the prodigal son, from overseas, with Brylcreem in his hair and a Cuban-heeled swagger to his step, having experienced his coming-of-age in Skegness, England. Father Augustus Hand is working on a bold new theatrical production for Easter, which he, for one, knows will put Cullymore on the map. And, as the Manchester United football team prepares to take off from Munich airport, James A. Reilly sits in his hovel by the lake outside town, with his pet fox and his father's gun, feeling the weight of an insidious and inscrutable presence pressing down upon him.

As these imperiled characters wrestle with their identities, a mysteriously powerful narrator plucks, gently, at the strings of their fates, and watches the twitching response. This novel is a devil's-eye view of a lost era, a sojourn to the dark side of our past, one we may not have come back from. With echoes of Peyton Place and Fellini's Amarcord, and with a sinister narrator at its heart, this is at once a story of a small town - with its secrets, fears, friendships, and betrayals - and a sweeping, theatrical extravagance from one of the finest writers of his generation.

Eerie & hilarious with a tangible sense of madness

What made the experience of listening to The Stray Sod Country the most enjoyable?

This was the first Patrick McCabe audiobook I have listened to and I think the performance very accurately portrays McCabe's humourous, yet disturbing style. To me, it is horror in its purest form. I say 'horror' because the story and the characters therein encapsulate feelings, emotions and fears that are frighteningly familiar. The narrator, we can suppose, is the devil. Truth be told, though, the devil is inside all of us.

Frightening and hilarious, this is Patrick McCabe in full swing. In this book, he does what he does best. The journey this book takes the listener on is somewhat surreal, hilarious, and frightening and yet eerily familiar.

Fans of Patrick McCabe will definitely enjoy this.

Well done to both the author and the narrator. Excellent stuff!

Growing up in rural Ireland, meant having at least one deluded neighbour. This novel catches this in James A Reilly