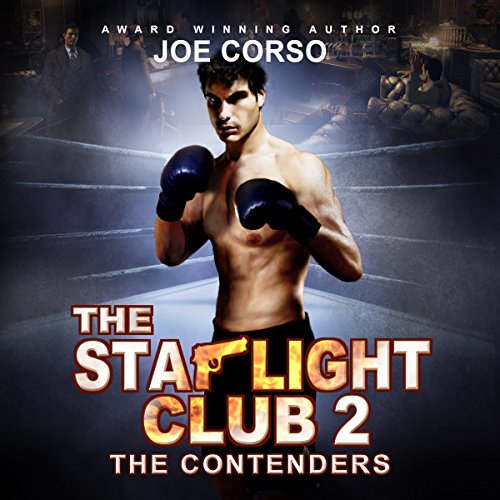 Red Fortunato's Starlight Club in Queens is back, still teeming with mobsters and their "business" each night. Trenchie, Tarzan, and Moose have returned. The Genovese family and others hang out amidst the grandeur of Red's renovated baby - the Grand Ballroom. Columbia Pictures studio head Larry Bernstein is being blackmailed. "He knew that once any money had been exchanged, that this would not prevent any future demands. These people were nuts and nuts meant dangerous. There was no one in Hollywood he could trust. This was a gossip columnist's dream scoop" that could ruin the studio. Big Red eagerly offers assistance, on his terms, with a caveat - a piece of Hollywood, and Swifty, the son he never had, is his ticket in the boxing ring and in glamour city. "Red was what some in the neighborhood called a 'benevolent dictator'. His neighbors loved him and his enemies knew he was the boss of a crime family that numbered a thousand men or more. It was just a given that no crime would take place in Red's territory. The outcome was a reprisal called 'the wrath of the Red Head'." Too bad no one told the power hungry Detroit capo. He violated the "rules." The phone was reminiscent of the red phone that led right to the White House. The council's decision would stand. "The chief tapped the fingers of both hands twice. That was the signal" to Red that it was okay to proceed with justice - mob style. "The car moved slowly ahead until it reached a huge yellow machine. It was the car crusher. Reilly and his men instantly knew their fate. There were whimpers from inside the car, grown men pleading, pleading for their lives, begging for mercy."

What listeners say about The Starlight Club ll

If you could sum up The Starlight Club ll in three words, what would they be?

This story is action packed and contains ruthless violence but as always, there are good ‘bad’ guys, and bad ‘bad’ guys. It can stand alone or continue seamlessly on from The Starlight Club I, as it features the same wonderful characters, but in Volume II the author has added many new.

This is the first narration by A. T. Al Benelli I have listened to but I loved his voice and will definitely listen to more of his work.

At the end of this brilliant story, there seems to be a psychological tension building similar to that of Alfred Hitchcock, with a host of intrigue and Trenchie facing the greatest challenge of his life...

The Starlight Club is back... and even better!

What did you love best about The Starlight Club ll?

I grew up in Astoria, Queens. I know these places... and while the author claims the characters are fictional... I'll bet my last baseball card I know them too! This is the real deal... Sandwiched in between Boardwalk Empire of the 20's and The Sopranos of the 90's were the organized crime heydays of the '60's and The Starlight Club was in the middle of it all. Riccardo's, The Astorian Manner. Wow, What a trip down memory lane. Joe Corso nailed it!

What other book might you compare The Starlight Club ll to and why?

The Godfather. The names are different... the game is the same. Gather all the power, influence and respect you can. Go for it.

Red. The "Godfather" of Queens in the days of Carlo Gambino... and the other recognizable names of the 60's.

Who was the most memorable character of The Starlight Club ll and why?

The story seems to revolve around the development of "Swifty" our young professional fighter. I sense we'll hear from him in the volumes to come.

Much better than Volume 1. I'm on to the next volume... THREE