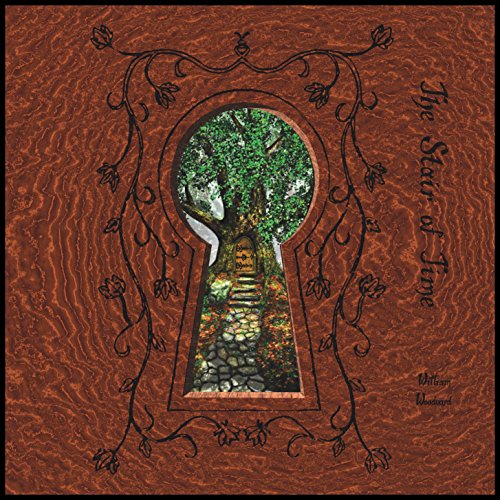 The Stair of Time

The Stair of Time

The Stair of Time chronicles the continuing adventures of Andaris Rocaren, beginning where book one of the trilogy, The Eight Walls of Rogar, left off. Following the conclusion of The Shapeling Wars, our hero sets out with Gaven and Gramps in search of both a cure for Mandie, and a way back to Fairhaven.

The Lost City of Laotswend, the ancestral home of the Lenoy, holds the keys to both. If only they can find it. Utilizing an ensorcelled map loaned to them by the wizard Ashel, as well as the lore of a forgotten age, they eventually succeed in locating the boundary which separates their world from the Lenoy's, passing through a magical veil into a land that is as extraordinary as it is treacherous.

When Andaris becomes separated from his companions on The Stair of Time, the nexus between worlds, he loses not only his way, but also himself, his surroundings becoming as ethereal as a dream. Attempting to discern what is fact from what is fiction, he wanders the stairs like a ghost, utterly alone, becoming more disheartened with each step, until, eventually, he is forced to come to terms with an uncomfortable truth about the nature of life, reality, and himself.

To be sure, all is not as it seems as he explores the secret and circuitous paths between worlds, traveling from points in time and space as routinely as other people step through a door. The numerous threads of the tale in which he finds himself so embroiled, weave together into a complex tapestry that he must unravel if he is to accomplish his goals and live to adventure another day!