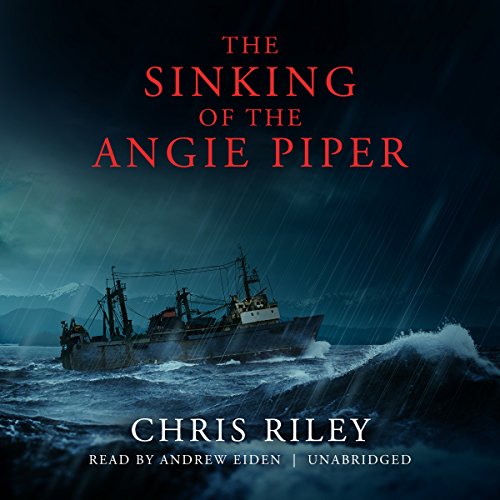 The Sinking of the Angie Piper

By: Chris Riley
Narrated by: Andrew Eiden
Try for $0.00

Ed and his childhood friend Danny are gearing up in Kodiak, Alaska, preparing to join the Angie Piper's crew for another season of crab fishing. Ed is a relative newcomer, but despite the perils of the trade, he sees no reason to fear for Danny's safety. The Angie Piper has always been blessed. She has a stalwart captain, Fred; a crack engineer, Dave; and two time-tested pros to keep the rest of the operation running smoothly, exuberant Loni and the more reticent Salazar.

Every season has a greenhorn, the one who works for a pittance in order to learn the ropes. This time around it's Ed's friend Danny, no ordinary crewman. Their shared history is complex. Though strong, brave, and hardworking, Danny is a simple soul, and Ed is weighed down by guilt, dark memories of the many times he failed to defend his friend against the inevitable bullying. And cantankerous Dave believes Danny is a bad omen, so much so that his bitter opposition may endanger them all.

The season starts off strong, and the crew is elated by the bounty of their catch. Then their luck turns. The skies grow dark, the waves swell, and Mother Nature bears down on them with her full arsenal. When the storm finally abates, who will live to tell the tale?

What listeners say about The Sinking of the Angie Piper