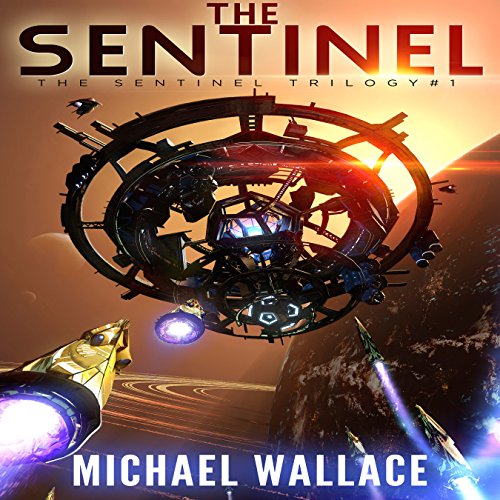 By: Michael Wallace
Narrated by: Steve Barnes
Try for $0.00

The humans on the Sentinel Battle Station have waited a decade in silence for their enemy's return - a merciless, bird-like alien species known as Apex, who are bent on exterminating all other sentient life in the quadrant. But when a strange warship appears, the crew is thrown into chaos as one faction is desperate to communicate with the newcomers, and the other will kill to keep their mission a secret.

For the crew of HMS Blackbeard, a battered Royal Navy warship light years from home, the battle station may prove to be their salvation. But they must first overcome the reactionary forces on the station who would see them destroyed, and then team up with the survivors before the arrival of a menacing Apex fleet.

The first book of the new sci-fi trilogy by Wall Street Journal best-selling author Michael Wallace, The Sentinel is an exciting, action-packed space opera for both new listeners and fans of the best-selling Starship Blackbeard series alike.

What listeners say about The Sentinel

The crowds in China cheered, the hearts of
young women wept. Terrible things visited on the the people by the people way and beyond the rape of Nan King by the Japanese only a few years before the second world war. Fanatics are single minded human rationality.
After a decade plus the minds of human beings loose track of human values.
A new slant on our species, our minds under stresses.
I was moved by the story drama.

If you could sum up The Sentinel in three words, what would they be?

Carried me through - good first book of the series

A story with some potential, atrocious narration

What was most disappointing about Michael Wallace’s story?

This story actually has potential. But it's written at a teenage level, so there's no effort to take advantage of its potential. Much of dialogue is just filling space, and it's not that long a book to begin with.

Would you be willing to try another one of Steve Barnes’s performances?

Steve Barne's performance was terrible. One of the worst I've come across. I'd be hard pressed to risk trying another.