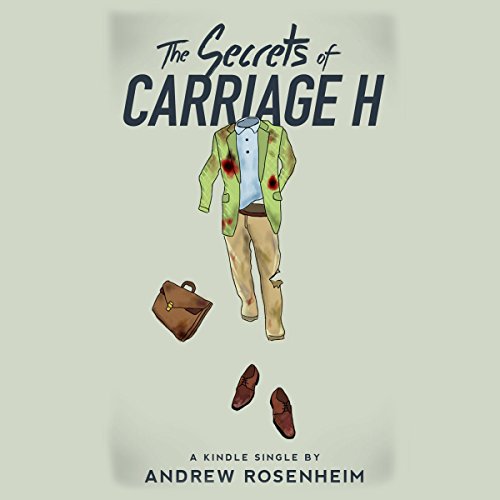 The Secrets of Carriage H

The Secrets of Carriage H

The extraordinary true story of one man's survival and recovery from catastrophe.

It was the U.K.'s worst rail disaster in years. On the morning of October 5, 1999, two rush-hour commuter trains collided just outside London. Hundreds were feared dead. Though he was traveling in the front-most carriage, the novelist Andrew Rosenheim survived the crash. In The Secrets of Carriage H, Rosenheim recalls in heart-pounding detail the events of that day and opens up about the emotional roller coaster that consumed him for months thereafter.

Told with the rich textures of a novel and the bare heart of a memoir, The Secrets of Carriage H explores the unspoken consequences of survival and offers brutal, sometimes hilarious insight into the human condition.

Andrew Rosenheim was born and raised in Chicago, but has lived in England for the last 35 years. He worked in publishing for many years at Oxford University Press and then as the managing director of Penguin Press. He is the author of seven novels, most recently Fear Itself and The Little Tokyo Informant. His writing has appeared in The Times, The New York Times, the Times Literary Supplement, and many other publications. Married, he lives with his wife and twin daughters near Oxford and is the editor of Kindle Singles in the U.K.