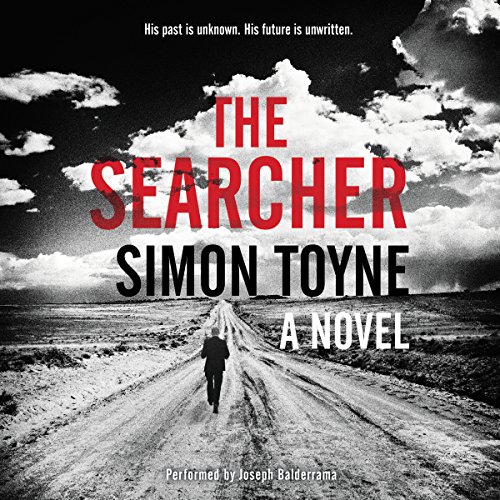 By: Simon Toyne
Narrated by: Joseph Balderrama
Try for $0.00

On a windy hilltop in the town of Redemption, Arizona, people have gathered at an old cemetery to bury a local man who died in a tragic accident. But the occasion is suddenly disrupted by a thunderous explosion several miles away. A plane has crashed, pouring a pillar of black smoke into the air.

As Sheriff Garth Morgan speeds toward the accident, he nearly hits a man running down the road, with no shoes on his feet and no memory of who he is or how he got there. The only clues to his identity are a label in his jacket and a book that's been inscribed to him, both giving the name Solomon Creed. Solomon knows only that he's here for a reason - to save a man he has never met... a man who was buried that very morning.

Miles away, three men scan the skies for a plane carrying an important package. Spotting the black cloud in the distance, they suspect something has gone wrong and that the man who has sent them will demand a heavy price if the package has been lost.

To uncover his real identity, Solomon must expose Redemption's secrets and the truth behind the death of the man he is there to save. But there are those who will do anything to stop him, men prepared to call on the darkest forces to prevent Solomon from succeeding. The Searcher delves into history, murder, criminal revenge, and personal betrayal while also exploring bravery, love, sacrifice, and renewal - all underpinned by a truly frightening and deadly mystery.

What listeners say about The Searcher

The narrator, Joseph Balderrama, was worth the listen alone. I have listened to 100s of audible books, but his performance ranked in the top 3 and may even be number 1. It was breathtaking. The story itself was good, but ultimately a bit over the top..

My first review; unfortunately it's a negative one

What would have made The Searcher better?

Leave out the hokey pseudo-religious stuff and the "spirit world" stuff and make the story at least plausible. The author leaves the reader hanging at the end. The big question that leads you to keep slogging through the novel is the expectation that you'll find out who the main character IS, why he showed up in the first place, how he got there, etc. This is the most unsatisfying story I've experienced in quite some time.

Would you ever listen to anything by Simon Toyne again?

No. I'll remember his name and avoid anything else he has written or will write.

Did Joseph Balderrama do a good job differentiating all the characters? How?

The only redeeming feature of this listening experience is that the reader did a good job with a poor story. He changed voices and/or accents for the different characters, although I think his Mexican characters were overly stereotyped. I would definitely choose this reader again--unless he consistently chooses to read weird, hokey novels.

Solomon Creed is an intriguing new character by Simon Time. Figuring out his past and role kept me reading along. The memoir of Jack Cassidy was also pivotal. This is an action packed read!

This book maintains suspense throughout and includes a number of memorable characters. The plot is a little far-fetched, but that doesn't make it less entertaining.

solid good vs evil tale set in our time, with frequent trips back to early settler days. main character reminds me of Jon Steele persona, they seem to be cut from same clothe. Captures the complex and often sordid relationship with our neighbor to the south. Author didn't pc the Mexican characters, they were mucho bad hombres..... Plot moved along at steady clip, characters stayed in, well, character and events unfolded in a natural and plausible manner. I Enjoyed listening!

FANTASTIC - both the story and the narrative

I can hardly imagine a better voice and a more perfect performance than the one Joseph Balderrama gives to the atmospheric and gripping story by the wordsmith Simon Toyne - these two compliment each other perfectly.
It's a compelling story - you get hooked and want to listen to it until the last word is uttered. And the narrator - woow. He makes the story vivid, vibrant and alive.