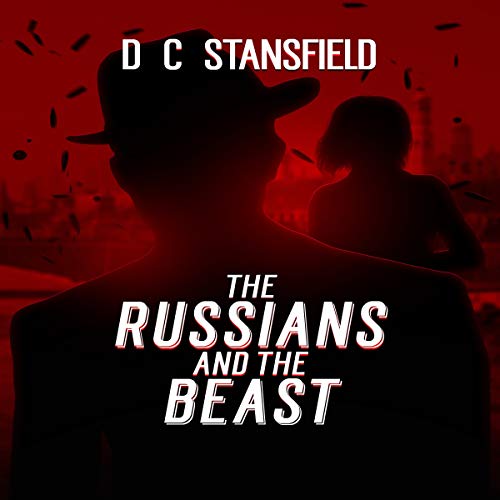 The Russians and the Beast

By: D C Stansfield
Narrated by: Paul Jenkins
Try for $0.00

This is a standalone story that can be read without reference to any other novel but it includes the main characters from The Assassin, the Grey Man and the Surgeon series by D C Stansfield...

With the demise of John Sea, the criminal mastermind who ran the North of England, the UK is wide open and considered easy pickings. The Russian mafia, guided by a senior member of the UK Secret Service, are now moving a huge criminal operation into position using a mixture of violence, extortion and bribery. Within months England will be under their control.

They must be stopped.

But The Assassin, the Grey Man and the Surgeon have their own problems. A one million pound contract has been put out on Surge. He is in serious trouble and must go on the run while trying to protect an innocent school teacher, the sister of his one true love. Together they will be hunted across England, moving from one safe house to another while the rest of the team tries to establish who is behind the contract and how they can strike back against the Russians. This time they face not one but two serious enemies and have to travel from St. Petersburg, Russia, to Montana, USA, in a desperate race against overwhelming odds with only their fading skills and the resources of the Firm to help.

What listeners say about The Russians and the Beast

This is a entertaining read with all the good qualities of a well constructed story and Audio book.

The Narrator completes the package with a performance that enhanches the entire experience.

Everything i need and excited for more

The story was good. Good pace and tightly written, i wish it was longer. Dialogue is funny and witty and i laughed out loud a few times.

A power void exists in North England after the criminal leader John Sea has been eliminated. The Russian mob sees an opportunity. The Grey Man and crew intend to foil their plan. Surge, The Surgeon has his own problems. A contract has been put on his head and the Grey Man must find out who and why to help his friend. To add to the chaos, Surge must protect the sister of his late love who is being targeted by the mob. There is plenty of action with a few twists and turns thrown in to keep you guessing. This audiobook was given by the author, narrator, or publisher at no cost in exchange for an unbiased review via Audiobook Boom.

The one thing that I really cant stand is when an audiobook has a recording that has sound or background noise and thankfully this was spectacular in that area. The story was great and funny . The one thing I would improve upon would be the narrators constant fast paced even dialogue. Other than that I really enjoyed the book .

Disappointed with the story, monotone reading and the story too similar to the previous books.

The Russians and the Beast: The Assassin, the Grey Man and the Surgeon Series, Book 4. - The first in the series I've read, but so entertaining I'm going to read the rest of the series starting at the beginning.
Paul Jenkins voice and style of narration is distinct, and suits the story perfectly.
The book itself is gripping from the first page and the storyline holds you until the very last word.
Highly recommend to listen too or as a gift for someone.
I was given a free copy of this audiobook at my own request, and voluntarily leave this review.

A brilliant read worth every min

could not recommend this audiobook more really got into it it was worth every minute of my time.

Engaging from start to finish

Such well developed characters. I was gripped and wanted to find out what happened next.