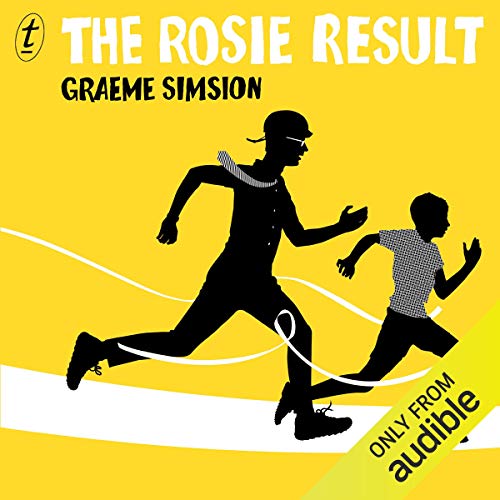 By: Graeme Simsion
Narrated by: Dan O'Grady
Try for $0.00

I was standing on one leg shucking oysters when the problems began....

Don Tillman and Rosie Jarman are back in Australia after a decade in New York, and they’re about to face their most important challenge.

Their son, Hudson, is struggling at school: he’s socially awkward and not fitting in. Don’s spent a lifetime trying to fit in - so who better to teach Hudson the skills he needs?

The Hudson Project will require the help of friends old and new, force Don to decide how much to guide Hudson and how much to let him be himself, and raise some significant questions about his own identity.

Meanwhile, there are multiple distractions to deal with: the Genetics Lecture Outrage, Rosie’s troubles at work, estrangement from his best friend Gene....

Hilarious and thought-provoking, with a brilliant cast of characters, The Rosie Result is the triumphant final instalment of the much-loved and internationally best-selling Rosie trilogy.

What listeners say about The Rosie Result

I loved this story that included Hudson - the son of Rosie and Don. There efforts for their son was outstanding and he was just delightful too. Liked the exploration of autism and the role a school plays with diverse students - the good and the bad. The narration was perfect.

brilliance at it's best

Fabulous trilogy with a brilliant insight into autism and asperges. Appropriately and thoughtfully written and read.

I have been following the Don Tilman series since its conception. It’s an amazing and poignant insight into how those on the Autism Spectrum “muddle through” situations and how we can understand the way their magnificent minds work.

As someone personally with Aspergers it makes me laugh at myself and notice little idiosyncrasies that I previously didn’t think to be too bizarre. It’s taught me to take the good from the bad and to live life light heartedly.

Praise to The Rosie Project and its successors and praise to Graeme Simsion for capturing audiences globally.

I really enjoyed this series. It is rare for me to laugh out loud but I did on a couple of occasions. But these books are more than comedies. They are warm and thought provoking. I feel I have a much better understanding of autism so I hope the portrayal was accurate. The narrator was excellent for these books as well as his speech was so precise. I will miss Don.

The world needs this book. We don’t have much understanding of autism and we don’t read the professional literature. The novel provides a way to observe, interact , empathise and maybe be helpful. Best of all we come away loving the characters. The only difficulty for me was to follow the minor characters in conversations. If I was reading a book I could look back and re-read to sort it out. In audio form it is tricky.

the first 2 books were way better!!

This book pales in comparison to the first two books of the trilogy. still a decent read/listen.

Brilliant from start to finish. The narrator does a great job in relaying the characters and stories throughout.

Actually LOL, Lovely Story with lots of humour. Fabulous Narration, on to The Rosie Effect....

This past two weeks, I've done more listening to Rosie Effect and Rosie Result than pretty much anything else. Thanks for more insights and great twists and turns along the way.

Another brilliant episode of the Tillman story. Always good laugh..shame it's the last chapter. Hilarious

The character development and storyline are fantastic. Enough pace, but also enough time to let each character breath and come to life.
A great yarn.
Recommended

I couldn't not compare and contrast the experience of Don with his son as I have a son with autism too.
Giving the children such a loud voice was pleasing.
I loved the final book and the series as a whole.