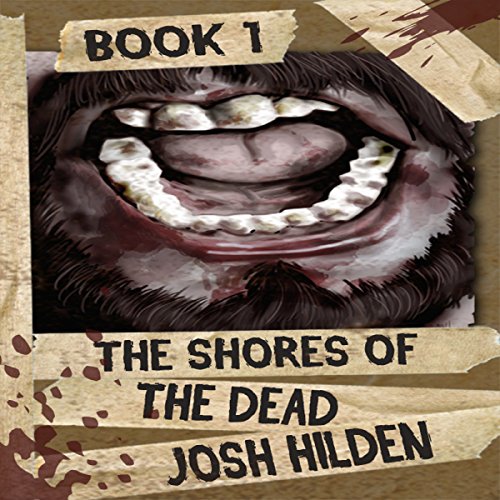 By: Josh Hilden
Narrated by: Clay Teunis
Try for $0.00

The world as it had been ended in less than a day. An ancient evil that had been relegated to the most ancient of myths and legends has returned. The dead rose to consume the flesh of the living and only the lucky and the strong were able to survive the initial onslaught. Three groups of survivors must come together and unite against an army of the dead lead by a dark priest and his human followers who are looking to find the key to opening the barriers between worlds and turn the Earth into a true realm of the dead.

Liam Harrison is a former Special Forces soldier and current spook for the NSA. As the dead rise he races to warn his estranged family and save as many people sheltered at Wright Patterson Air Force Base as he can before the dead breach the barriers and turn the temporary refuge into an abattoir.

Kyle Carson was one of the directionless slackers that seemed to typify the current generation of young adults. When the dead rose he found himself trapped at his place of employment with friends and enemies alike. Even if he and his best friend manage to escape the tightening noose of the dead surrounding the store they will still need to locate those they love and find some place, any place that is safe from the dead.

Dr. Lisa Sutton survived two tours in the sands of Afghanistan only to return to a position at the University of Michigan ER just in time for the dead to rise. As command and control breaks down it is up to the reserve Army Captain to take command of the situation and prepare the survivors at the school for a long trek to safety in the states upper peninsula.

Sherriff David Marshall is usually only concerned with keeping the peace in the small town of White Harbor Michigan. But when the dead rise and the town is cut off from the state and federal governments, if they even still exist, David and the council of the town are saddled with protecting the people of the county from the dead? And the living.

What listeners say about The Rising

mix of constantine and zombies


the rising would've been really good w/o the supernatural element. yes, that's the weakest part of the story. i don't mind a touch of the supernatural in my zombie stories. in fact, one of my favorite series, zombie fallout, has a supernatural aspect. so why did i dislike it in this novel? 2 reasons.

one. the supernatural aspect was not needed! the author develops 2 sets of bad guys. the "other" set of bad guys is more insidious and just as evil and deadly to our characters. they come from within. that's all i'll say! they're more devious and scarier.

two. the supernatural aspect is cheesy! so cheesy that i almost gave up on the book in the first 30 minutes and returned it! thankfully, the opening scene only lasted like 34 minutes! so why do i say it's cheesy? b/c it's soo b-movie, and the narration of the ancient evil sounds over the top cartoony! that's not to say all the narration is bad, but how the narrator portrays the supernatural characters is worse than a roger corman b-movie villain! i love my b-movies, but this is worse than a tara reid movie. if you're going to mix supernatural with zombies, then don't make it chessier than sharknado!

i won't spoil too much, but the publisher's summary does mention a dark priest. ok...i could deal with this whole dark priest thing IF it was done right, but instead of feeling creeped out or threatened, i just couldn't get past the cheese factor. again...thankfully, his introduction is short, and he only pops up twice for a short amount of time in the rest of the story.

as for the rest of the story, i rather liked it! in fact, i liked it so much that i kept listening through those cheesy parts. basically, there are 4 separate groups of people that are trying to survive as the dead come back to life and start viciously attacking the living. i liked the different characters, they and their situations were so different that i never got confused as to who was who and what was happening to them.

as the story progresses, the different storylines begin to merge. yes, this is the first in a series, but it ends at a good point.

overall, i liked a majority of the story. IF you can put up with a little cheese and like zombie stories, then you may like this one. BUT the cheese is kind of strong and if you're the least bit lactose intolerant, then stay away. for a 7 hour book, there's about an hour of cheese. the rest is gravy. i love poutine so i'll probably get the next book in this series when it comes out. if you're on the fence, then wait until it comes out and i'll review it and let you know whether or not it's worth it.

a mix of the movie, constantine, and the living dead.

I own a hard copy of this book, but the audio is even better! A+!