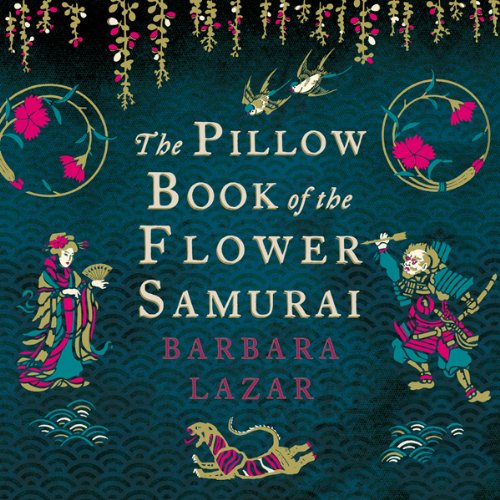 The Pillow Book of the Flower Samurai

The Pillow Book of the Flower Samurai

I am Kozaisho: Fifth daughter, Woman-For-Play, teller of stories, lover, wife and Flower Samurai. In the rich, dazzling, brutal world of twelfth century Japan, one young girl begins her epic journey, from the warmth of family to the Village of Outcasts. Marked out by an auspicious omen, she is trained in the ancient warrior arts of the samurai. But it is through the power of storytelling that she learns to fight her fate, twisting her life onto a path even she could not have imagined...

I was disappointed with this book. I was excited at the prospect of listening to another story set in historical Japan and being transported to a different time and place after listening to the excellent "The Thousand Autumns of Jacob de Zoet", but this book doesn't compare. The story is one dimensional, and everything is spelled out - the author doesn't let you work out what the protagonist's emotions are, she just tells you. I found I really didn't care about what was happening to Kozaisho - I wasn't engaged at all. So while it describes Japanese society at that time, and is interesting from that respect, it is not a "page turner".

Would you try another book written by Barbara Lazar or narrated by Meg Kuboto?

I will be highly unlikely to read another book by Barbara Lazar, although Meg Kuboto was a good narrator.

Has The Pillow Book of the Flower Samurai put you off other books in this genre?

I've never come across another book quite like it, so no.

There was nothing wrong with the narration. It was very good.

Disgust, followed by disappointment with the author for such an enduring torrent of child abuse. You can't give it a pretty title and pretend it's a fairy tale. It's not. It's unrelentingly grim.

First of all a child is sold into slavery by her own family and becomes subject to physical torture and neglect. Later she is forced into child prostitution and then she begins a (graphic) sexual relationship with another child who has suffered the same. In the middle of all this she receives training to become a samurai. The samurai bits were quite good and were the reason I continued as long as I did, but I gave up after a few hours. I had hoped it would get better. It started off quite well, but... no, you can't make a fairy tale out of child abuse. I don't think Barbara Lazar has experienced child abuse, or knows anyone who has. If she had, she wouldn't have written this book, in my opinion. If this is a reflection of Japan at the time then it is a reflection of an utterly sadistic, cruel culture. Why anyone would find it interesting or entertaining is beyond me.

Anyone who has studied Japanese history will enjoy this book. It is set before, and concludes towards the end of the Genpei war. This was the war that saw the samurai rise to the governance of Japan. It’s a poignant story that accurately depicts life in Japan at the time.

What made the experience of listening to The Pillow Book of the Flower Samurai the most enjoyable?

The atmosphere and well researched environment.

What was one of the most memorable moments of The Pillow Book of the Flower Samurai?

The relationship betweeh Kisaisho and Michimori. The revenge, which I actually waited for. And the final.

What does Meg Kuboto bring to the story that you wouldn’t experience if you had only read the book?

I enjoyed the story itself. It allows a peep into old Japan and its customs, into relationships and into different classes, although this is mostly superficial. The story tells of a poor girl's struggles through life, her successfull efforts to gain better position, her love and her loss. The final leaves me in somewhat mixed feelings, but at the end of the day and viewed from the point of the main character, this is an understandable ending.
I will not listen to this again. Although it was nice, once is enough.

Amazing performance and great great story! Meg Kuboto did really amazing and brought the book to a different level