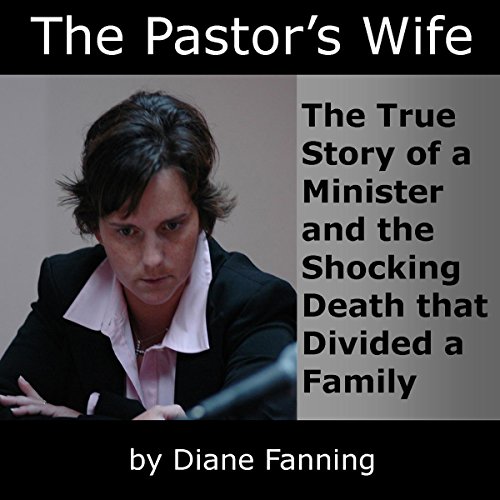 By: Diane Fanning
Narrated by: Julie Williams
Try for $0.00

Beneath a veneer of respectability and religion, Mary Winkler's soul festered as she struggled to be obedient and loving to her husband and her God. Her suppressed anguish exploded in a shotgun blast that took the life of her husband, preacher Matthew Winkler.

Mary packed up her three young daughters and fled to the beach, leaving an endless trail of questions in her wake. Would anyone ever make sense of the tragedy in Selmer, Tennessee?

About the author: Diane Fanning is the author of the Edgar Award finalist Written in Blood: A True Story of Murder and a Deadly 16-Year-Old Secret that Tore a Family Apart. Her other works of true crime include the best seller Mommy's Little Girl, A Poisoned Passion, Gone Forever, and Through the Window. She is also the author of the Lucinda Pierce Mysteries. She has been featured on 48 Hours, 20/20, Court TV, The Today Show, and the Discovery Channel, and has been interviewed on dozens of radio stations coast to coast. Her books are sold throughout the English-speaking world, including the UK and Australia, and there are more than half a million copies in print. Before becoming a writer, Fanning worked in advertising, and she earned more than 70 Addy Awards.

What listeners say about The Pastor's Wife

Satisfies your curiosity about this murder.

I had read available stories that were in the news about this when it happened and like a lot of people I suppose, I had the uncomfortable feeling there had to be more to it than what I was reading. I couldnt understand how she got off so easy.

The author did a very good job, by my standards, though. She presented what information she was able to gather in her research and, what is important to me, she did not try to FILL IN where there was no satisfactory documentation on why things happened as they did. It left me still wanting to know, but realizing that in real life, we usually have to accept that some questions will remain, for extreme events such as a murder.

In any case, I WAS much more satisfied after listening to the book than before, that most of my questions were answered. Most of them were tracked right back to the wife who shot her husband - some might say she was half batty but not batty enough to be guilty of capital murder, others might say she was an example of battered wife syndrome or PTSD. To me it looked like some of both. But this woman was not easy to figure out, not by a long shot. I do not think she was just coy, or pulled a fast one, I think she was damaged goods due to one cause or the other.

Quite a fascinating study, however. For you true-crime lovers, go ahead, you will like it.

Where does The Pastor's Wife rank among all the audiobooks you’ve listened to so far?

First one I've heard on audible.

Not sure. I guess anything with mystery intrigues me.

I loved the performer's voice. It was so easy to listen to. I've actually returned audio books to the library because I cannot stand listening to the person reading!!! This one is really good and I'd like to listen to more of her books. I will search for them.

This is my first introduction to Diane Fanning. I was listening to her on a podcast and was really impressed as I felt that she was very 'into' the facts and was 'turned off by 'waffle and filler'. I was hoping that her books would be the same. I was NOT disappointed.

I love a 'long listen' and in truth non of Diane Fanning's books fall into my preferred category however what we have to chose from is 'choice'.

So many crime writers do tend to break that cardinal rule and make so many assumptions in so much that they try and tie all those lose ends together neatly in the last few pages. Well before you get started on this little diamond I want you to brace yourself as THAT is not going to happen here. I was left asking several questions and was wondering whether our judicial system had performed well. I am also concerned for the children in this case. One wonders whether there is a mental health issue here and are the children going to inherit it or are they going to be injured either physically or psychologically by it?

All in all a terrific read.

I was excited to read/listen to a Diane Fanning book since I see her on Deadly Women quite a bit. However, this book was pretty boring. Lots of filler used on history of the location...nothing to do with the case. It seemed like she got most of her references from the media...which we have all read all ready.
The narrator's voice was pretty annoying too when she read the conversations.
I will try another Diane Fanning...hoping it has more information that what the average joe can read in the newspaper or crimelibrary
I definitely wouldn't recommend this one though.

What made the experience of listening to The Pastor's Wife the most enjoyable?

I thought it was a good book that explained in depth what had happened, and what I had been hearing about in the media in this case.

What other book might you compare The Pastor's Wife to and why?

I am not sure if I would compare it to any.

What does Julie Williams bring to the story that you wouldn’t experience if you just read the book?

I believe she read the story very well, and I enjoyed listening to her

If you could give The Pastor's Wife a new subtitle, what would it be?

Wife gets away with murder, or did she?

No southern accents and no voice inflections made it very very hard to listen to.

just about the perfect amount of information

the reader did good, she talks ki me dmv it quick and almost seem like the disk is skipping.. but I like the way she says some words. and while i was actually worried I might have to return it in the beginning, .
the story takes off from 1st chapter and kind of too the point unless this case is something out great interest to you. I found the amount of info as satisfactory. cause Mary hasn't made anything cheers. and I think I would have been annoyed with too more or less info.
she starts with the chronology after the crime and then the other half is covering her trail. while I found the narrative a bit sluggish to start I feel completely opposite even hearing to trail coverage. it was good and. she explained thing well and focused on what I think was well done.
but too long not to short.. wanna see Mary.. watch her on SNAPPED.. the tv show. it was one of top crazy episodes

This is more of the legal court case account,than what caused a pastor and husband using authority to persuade his wife to submit to his ungodly demands. I think that this is just a drop in the bucket of many clergy pretending to be the highest authority to their followers , while at the same time believing that they are the only ones exempt from following The Bible as interpreted by their religious denominations . There are still some question as to the jury decision made on behalf of the wife. The story is missing some crucial hidden information pertaining to both the pastor and his wife real identities.