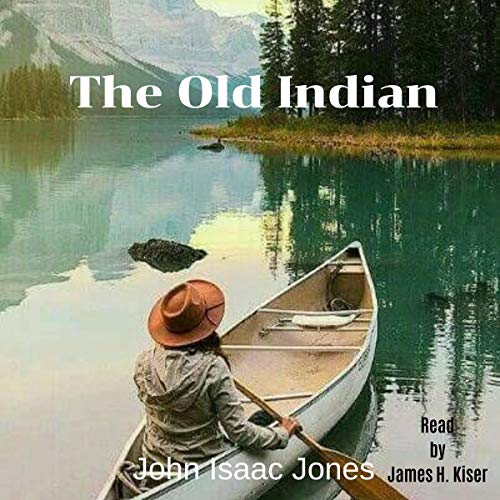 For years, Big Walter had dreamed of becoming Georgia's Director of Public Safety. Now his big opportunity was before him. The governor's chief aide said all he had to do was find the body of the governor's college-age son who had been swept into the raging waters of the Tallulah River in north Georgia.

After three days, however, Big Walter, armed with all of the body-finding technology the 20th century had to offer, came up with nothing. Then one of the locals suggested he talk to an old Indian who lived on the river. This is Big Walter's story.

What listeners say about The Old Indian

A lesson in slowing down...


Today's technology versus the ways of the past in the search for an 18-year-old boy who had fallen into the river.

The narration by John H. Kiser was good.

If asked, I would recommend combining all of these short stories into one book.

*This very short 'lesson' was given to me in exchange for my unbiased review. If you found my review helpful, would you please take a moment and select 'yes' below? Thanks!

This story has an old timey feel to it and I would guess that it’s set maybe in the 1970s though it could be a modern-day event. The governor’s son (Willis? Wilson?) has been swept away by the river and everyone is pretty sure they are going to find a body and not a living Willie. Big Walter gets the call to head up the hunt personally. The governor’s aide, Glen, believes this could be Walter’s chance to break into politics and become an influential man simply because the governor will be so grateful to whoever finds his son. We don’t really learn anything about the governor nor his son. This story is all about Walter.

Walter initially has zero luck in finding William. While he’s at Leon’s for lunch, Leon offers to introduce him to Charlie Two Tree, a full blood Cherokee who manages a vacation home far up the river and knows the area like the back of his hand. I really liked this part because Walter shows one of his flaws. He makes a comment about Charlie not living on a reservation. Leon corrects him on this, reminding him that the local Cherokees are no longer legally bound to live on the reservation. Yay Leon!

We finally meet Charlie Two Tree and he is an old wise soul. He doesn’t want the reward money and he doesn’t seem to be interested in receiving public thanks if he finds Willard. Using a simple but effect method, Charlie begins his hunt for the body.

The story ends on a bitter sweet note. There’s reward money to pay out and the gratification of the governor. Walter has his career brightened but as this story shows, behind every great human there’s a tale or three that can show a person’s faults. It’s a thought provoking piece.

My one quibble with this story is that there are zero female characters. In fact, I don’t think there is a single woman mentioned. I would have liked some gender balance.

The Narration: James Kiser was a perfect fit for this story. He sounded like a big imposing Walter, a helpful Leon, a priority-driven Glen, and a wise Charlie. Each character was distinct and Kiser easily switched from one to another. I especially liked how he captured the career-oriented Walter at certain moments and the enigmatic nature of Charlie.

Too much going on for a short story

The story is just 24 minutes long. but within this short time, the book touches up on a plethora of topics. As a result, none of them get enough airtime and mostly fall flat. The characters follow a stereotypical path and makes me cringe from time to time. I wish the book had less things to tackle and more focus on the main content.

The narrator did a good job though.

The short story provides a great example of how a little wisdom and hard-working experience can overcome a whole lot of modern technology and expense!

I was given this book for free in exchange for my honest and unbiased opinion.

This was a really enjoyable short story with great narration. I really enjoyed this story and look forward to more from this author.

Too many subjects for a short story

The governor’s son disappeared in the river, and Big Walter is in charge of the search. As things turn to be more difficult than he expected, he will seek help from an old Indian, expert in matters related to the river.

I enjoyed the beginning of this story, and especially the way the old Indian searched for the the body. I think this taught a lesson to Big Walter. Apart from this, there is another subject in this short story: honesty vs. lying in order to get what one wants. I think this made the story a bit confusing, due to piling up too many subjects in such a short story. After I have finished it I left me kind of disappointed. There is also a moral to the story, something I don’t consider necessary in books for adults, but what bothered me here was that deceiving ways was what got Big Walter his success. It wasn’t just for me.

James H. Kiser delivered a clear narration, but it felt monotone and the character’s interpretations were quite plain. He didn’t make an effort in having different voices for each character. It was okay but it didn’t add much to the story.

The characters were a bit cookie cutter for my taste. Short enough it’s easy to listen to. Nothing special though imo. The narrator was pretty good. I did enjoy the narrator.

The Old Indian is another amazing short story from John Issac Jones. This is the second one I have listened to and it is really good. The Governers son goes missing on the river and dies and his body is lost. It is up to Big Walter who is up for the Director of Public Saftey of the State. His task is to find the body with all the latest tools of the police world. Stimied as his deadline nears he turns to someone the locals know who lives near the river. The Old Indian. I highly recommend this story it is one of those short but deeply rich short stories that will stick in your mind after you hear it.

The narration was done by James Kiser. This is the first time that I have heard a performance from Mr. Kiser but he did a good job with this short story.

This review copy audiobook was provided by the author/narrator/publisher free of charge via Audiobook Boom for an unbiased review.

When technology isn't everything

I enjoy John's short stories, each one is based around lessons that are useful to learn in life. Short enough to be easy to fit in no matter how time poor you are this short story is well worth listening to. With life seeming to be taken over by technology it's nice to remember that tech and data aren't everything.

Nice clear narration, well paced and easy to listen to.

The Moral of the story is

Big John lost a lot of sleep because he did not give credit where it was due. The old Indian did not want anything from him. But when someone does something for you it is always best to acknowledge it and give credit where it is due. Big John would still have gotten his job because he asked the Indian for help.but he was anxious for the rest of his life because he hid the fact the Indian helped him. How many people have gotten the praise that did not belong to them? But in the end, when Big John meets up with God he will have to give an account. I got this ARC via audiobook boom and this is my voluntary review. The narrator was very good.