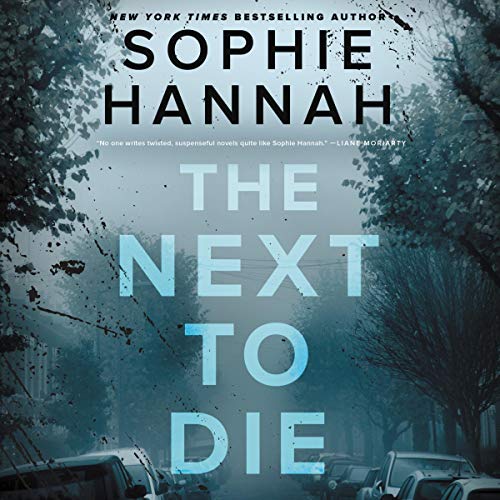 The Next to Die

By: Sophie Hannah
Narrated by: Julia Barrie
Try for $0.00

The New York Times best-selling author of The Monogram Murders and Woman with a Secret returns with a disturbing tale of psychological suspense and obsession that hits at the heart of some of our most precious relationships.

What if having a best friend could put you in the crosshairs of a killer?

A psychopath the police have dubbed “Billy Dead Mates” is targeting pairs of best friends and killing them one by one. Before they die, each victim is given a small, white book.

For months, detectives have failed to catch Billy or figure out what the white books symbolize and why the killer leaves them behind. The police are on edge; the public is in a panic. Then a woman, scared by what she’s seen on the news, comes forward. What she reveals shocks the investigators and adds another troubling layer to an already complex case.

Stand-up comedian Kim Tribbeck has one of Billy’s peculiar little books. A stranger gave it to her at a gig she did last year. Was the stranger Billy, and is he targeting her - or is it something more nefarious? Kim has no friends and trusts no one, so how - and why - could Billy Dead Mates want to target her? If it’s not her, then who will be the next to die?

Sophie Hannah raises the stakes with each successive moment in this haunting and twisting thriller that reaffirms her place as one of today’s most talented suspense writers.

What listeners say about The Next to Die

I’ve always loved Sophie Hannah’s books. This one is not a winner. A long, involved journey to a ridiculously unbelievable destination. Still love her characters however. Try one of her other books.

Not that well suited to audio

I bought this book based on a review in the NY Times. The narrator did a pretty good job with all the voices, and there were some ironic and humorous discussions among the characters. But the problem was the plot - so many characters, including principals and victims, some with aliases or nicknames, a woman called Charlie, and a book within a book - sometimes I couldn't figure out what was going on. I can't really recommend this one.

I was really excited to ready this because the story sounded amazing. Unfortunately it was incredibly boring. Also the narrator is not great and I was disappointed. Would not recommend