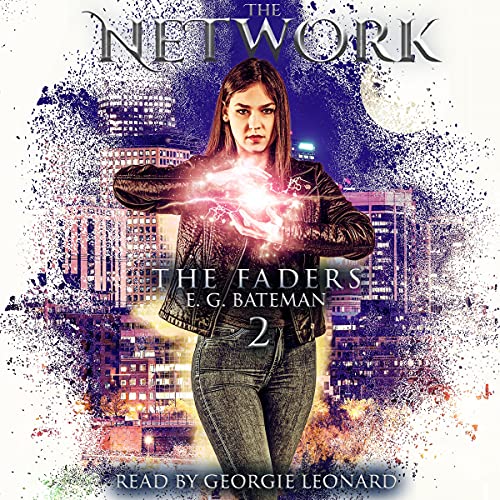 Jenna and her friends have escaped from the agency and its covert agents who lied to her about what she was and what her new powers really mean. She’s physically injured and emotionally broken but intends to fight the agency to protect the ethereal, advanced race known as faders. Jenna needs the special abilities of David, a fader she’s never met but who is closely linked with her family’s past. She must return to the military base she’s just escaped from to rescue David. Can she escape a second time?

Join Jenna as she goes further than she believed possible and receives help from an unexpected source. The Network, the second book in the Faders series, will blow apart what you think you know about faders. Get it now!

What listeners say about The Network

Jenna and the gang are back for more suspenseful drama and they do not disappoint! A fresh and unique story, The Faders trilogy has me missing sleep because I cannot stop until the book is finished! I alternated between listening to the audible version and reading the kindle version and recommend either. The narrator does a good job and the adrenaline rush from the story itself is quite a ride. Start with book one "Fade" as it is a progressive series and one of the best I have read in quite a while. In just two books, Ms. Bateman has cemented her place as one of my favorite authors!! Highly recommend!!

love the book and the characters!! i will definitely be getting the 3rd one. I read the 1st on kindle, then this one on audible and the voice is terrible the changing of accents was cringy and ruined the whole thing for me :(