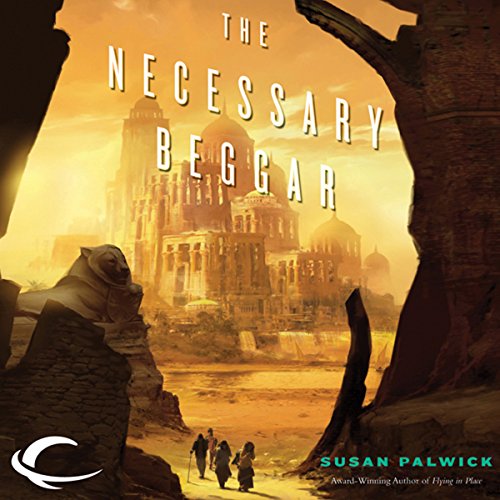 Praised as "a deeply felt, deeply moving tale...chilling and finely tuned" (Publishers Weekly), Susan Palwick's first novel Flying in Place won widespread acclaim for its haunting exploration of a troubled childhood. Now, after a decade, Palwick returns with the powerful tale of a family cast out of an idyllic realm, learning to live in our own troubled world - an exciting and insightful examination of humanity in the spirit of Ursula Le Guin's The Disposessed and Robert Heinlein's Stranger in a Strange Land.

Lmabantunk, the Glorious City, is a place of peace and plenty. But it is also a land of swift and severe justice. Young Darroti has been accused of the murder of a highborn woman who had chosen the life of a Mendicant, a holy beggar whose blessing brings forgiveness. Now his entire family must share his shame, and his punishment - exile to an unknown world.

Grieving for the life they have left behind, Darroti and his family find themselves in a hostile land - an all-too-familiar American future, a country under attack in a world torn by hatred and war. There, each tries to cope in their own way.

Some will surrender to despair. Some will strive to preserve the old ways. Some will be lured by the new world's temptations. And some, sustained by extraordinary love, will find a way to heal the family's grief and give them hope.

I had looked forward to this book being released in Kindle format but unfortunately this didn’t happen (as of this date, anyhow). A mixed blessing, perhaps, as the audio version is superb. Whether this is a fantasy or fictional novel is a debatable point but matters little as, what struck me the most, is the excellence of the writing.

The storyline is simple enough, concerning a family transplanted from “somewhere else” to the United States. It recounts the family’s impressions of everyday life in Reno, Nevada over many years, contrasting and comparing their own “foreign” traditions and beliefs with those of the ordinary people around them. The book is witty and thoughtful but not particularly judgemental; the latter being left to the reader’s discretion. A highly recommended read.