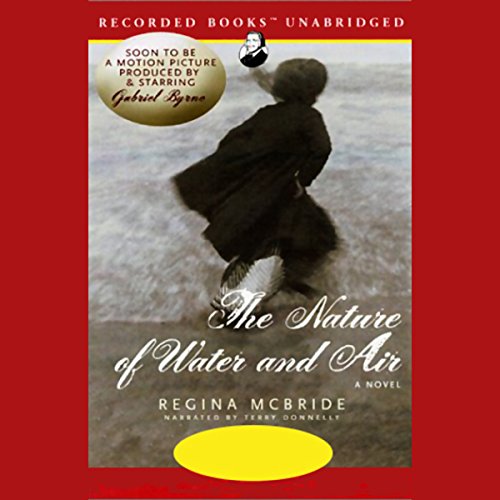 The Nature of Water and Air

The Nature of Water and Air

Award-winning poet Regina McBride enters the realm of fiction with her stunning coming-of-age novel, The Nature of Water and Air. Flowing with lyrical prose and Irish myth, this mesmerizing story is permeated by a beautiful, romantic sadness.

Young Clodagh Sheehy's life is surrounded by mysteries. Her mother Agatha is a tinker woman who had appeared, seemingly out of nowhere, to gain the affections of the affluent man who becomes Clodagh's father. After his death, mother and daughter are sent to an aging, sea-sprayed estate on the Western coast of Ireland. After her mother's suicide, orphaned Clodagh begins a harsh journey into womanhood. In time, she will discover the truth about her mother and be forced to make a vital decision.

I really enjoyed this. It is, I suppose "chick lit", but it's definitely in a league above the usual trite stories and simple language of much of the chick lit genre. A wonderful glimpse of Ireland, great author, perfectly narrated. Very worthwile.

Beautifully written and narrated, this book is a must listen to anyone who enjoys Irish literature. A real winner!

I loved the first half of this bok, I'd say even the first 3/4. Then something gross happens...totally turned me off to this book. Consider yourself warned. NASTY.

Disappointing. Yes, the writing itself is fine, and yes, we get glimpses into Irish folklore and culture. I enjoyed the first 2/3 of the book, but then I started to find the main character really irritating, immature, and obsessive. Seems like the author was mingling two kinds of fantasy here, Irish mystical and sexual, and it didn't work for me.