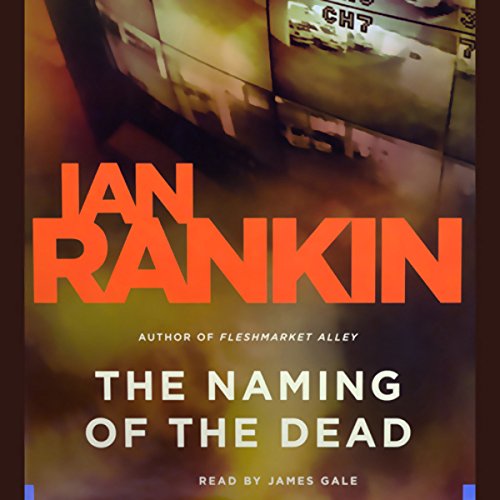 The Naming of the Dead

When the leaders of the free world descend on Scotland for an international conference, every cop in the country is needed to control the mob of protestors in Edinburgh's streets, except one. Inspector John Rebus' reputation precedes him, so while Presidents Bush and Putin confer in isolated splendor, Rebus mans an empty police station, where he can't offend any visiting dignitaries.

When a delegate falls to his death during a dinner at Edinburgh Castle, Rebus is given what looks like a simple suicide report to write. Even as he keeps it out of the headlines, Rebus probes where no probing is wanted and investigates the death of a recently paroled rapist, murdered in a particularly grisly fashion. The discovery of more bodies leads Rebus to consider an unexpected and politically unacceptable possibility.

A state-of-the-world novel peopled by real characters, The Naming of the Dead is Rebus's most challenging case yet, and Edgar Award winner Ian Rankin at his very best.

"A damn good book....required reading for crime-fiction followers." (Booklist)
"[A] top-flight, enduring series....In his backhanded, reluctant way Rebus winds up uniting all the book's loose ends, and seeing how he accomplishes this is a pleasure." (The New York Times)

What listeners say about The Naming of the Dead

As usual Ranking has written an excellent police mystery. It is well performed and worth the investment of the credit/$. However, the sound quality is not good. Technically, it sounds as if this is a dubbing at too high an output volume with consequent clipping.

Rebus to the max

A great addition to the Rebus canon, "The Naming of the Dead," is full of the usual nihilistic musings on the futility of our modern existence and refusal to give in to the expectations of others. This is at the same time a meditation on the meaning of our responsibilities to family, full of startling twists and turns. Great read by the narrator. First rate entertainment.

Until now, I've only read Ian Rankin's books, rather than listened to them. I've been waiting to get the latest Inspector Rebus novel from the library, but a 12-hour solo road trip was looming and I needed some audio material. I decided to take a chance, despite the fact that the book is abridged. I'm glad I did. It was a perfect "listen" in the car. The narrator is brilliant. He captures the characters without caricaturing them. Very entertaining and engaging.

Rankin is just a fabulous writer, and this book is great.