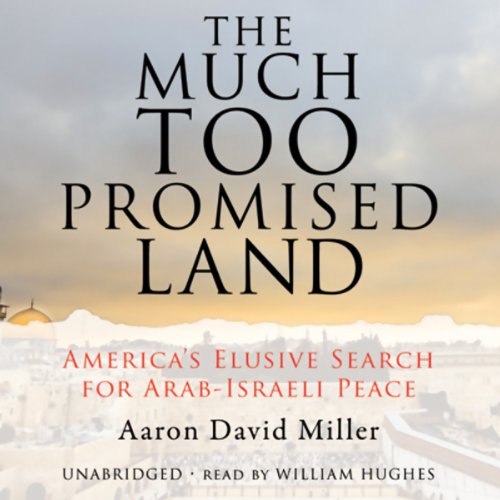 The Much Too Promised Land

The Much Too Promised Land

For nearly 20 years, Aaron David Miller has played a central role in U.S. efforts to broker Arab-Israeli peace. His position as an advisor to presidents, secretaries of state, and national security advisors has given him a unique perspective on a problem that American leaders have wrestled with for more than half a century: Why has the world's greatest superpower failed to find a solution for peace in the Middle East?

Here is an insider's view of the peace process, filled with unforgettable behind-the-scenes stories and interviews with all the key players as they disclose the inner thoughts and strategies that motivated them. The result is a book which shatters preconceived notions about tackling the complicated issues of culture, religion, domestic politics, and national security that have defined - and often derailed - a half century of diplomacy.

"Miller's writing is both approachable and deeply smart; this and his absolute failure to take sides mean that this work will doubtlessly influence and enrage - and certainly inspire." ( Publishers Weekly)