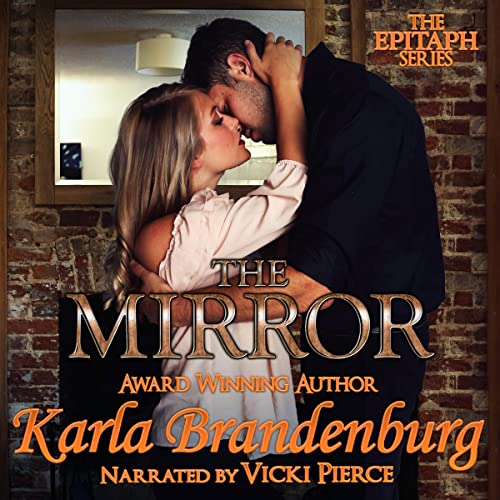 By: Karla Brandenburg
Narrated by: Vicki Pierce
Try for $0.00

When Sandra Meyer's violent ex-boyfriend returns to sleepy Edgarville, Illinois, she turns to the man who stood up to Nick Benedetto years ago. If brawny Garth Benson will pose as her boyfriend on social media, maybe Nick will leave her alone.

Sandra adores Garth, but she doesn't want any more ties to Edgarville. Now finished with a decade of dedicated service as her mother's caregiver, Sandra is planning her exit from this one-stoplight town. Garth is firmly rooted in Edgarville, with the family monument business and a trophy shop that will need a "mom" to his "pop". Garth has wanted Sandra ever since he slugged Nick more than 10 years ago.

Her secrets run deep, as do the strengths that he admires within her, but whenever he tries to move their casual flirtations from talk to dating, she backs away. Small-town life has strangled Sandra as effectively as Nick tried to before he left town. Garth might be the one man who can protect her from Nick, but what he expects in return is too much.

On top of that, her deceased father’s unexpected appearance in the mirror of her new home exposes long-held secrets that will change Sandra's view of her family and hometown forever. When the last tie holding her to Edgarville is cut, Sandra runs as fast as she can, but the world outside her small-town community isn’t all she expects.

What listeners say about The Mirror