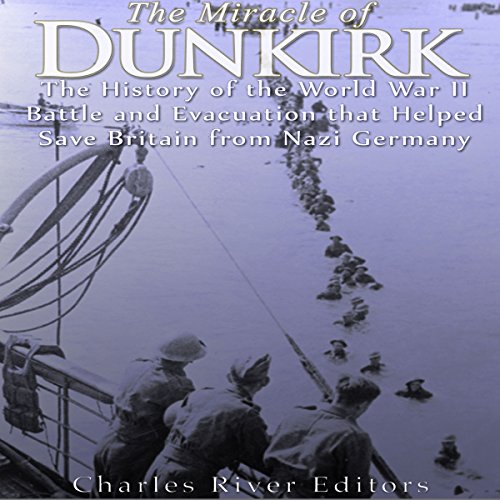 The Miracle of Dunkirk

"Blitzkrieg", or "lightning war", describes the Third Reich's invasion strategy during its 1940 conquest of France not only due to the speed of the Wehrmacht advance but also its devastating effect on its ill-prepared adversaries. Mired in the paralyzing muck of plodding staff college military doctrine and demoralized as a nation by their appalling losses during World War I, the French succumbed in a few weeks to German skill and vigor. Moreover, after being lured into Belgium by a large-scale German feint, the British Expeditionary Force and over a million French soldiers found themselves cut off by the main Wehrmacht thrust. Heinz Guderian and Irwin Rommel, among others, led their panzers on an 11-day dash from the Ardennes Forest to the coast, trapping vast numbers of Allied soldiers in Belgium and northeastern France. The surrender of more than 1,200,000 isolated troops followed, yet in the midst of this disaster, the Allies contrived one coup that took even the victorious Wehrmacht aback: the evacuation of over 300,000 soldiers from the port of Dunkirk.

What listeners say about The Miracle of Dunkirk