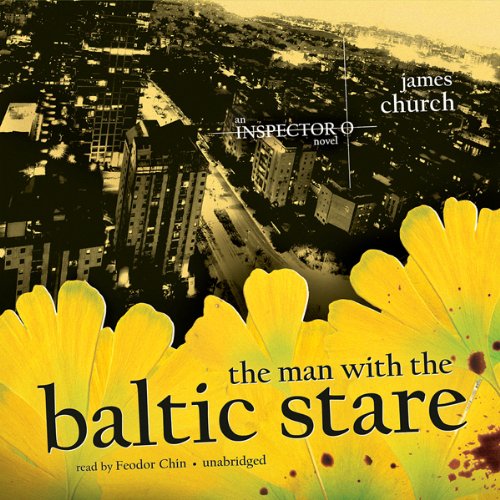 The Man with the Baltic Stare

By: James Church
Narrated by: Feodor Chin
Try for $0.00

From the author of the critically acclaimed Inspector O series comes another riveting novel set in the mysterious world of North Korea.

Autumn brings unwelcome news to Inspector O: he has been wrenched from retirement and ordered back to Pyongyang for a final assignment. The two Koreas, he learns, are now cooperating—very quietly—to maintain stability in the North. Stability requires that Inspector O lead an investigation into a crime of passion committed by the young man who has been selected as the best possible leader of a transition government. O is instructed to make sure that the case goes away. Remnants of the old regime, foreign powers, and rival gangs all want a piece of the action, and all make it clear that if O values his life, he will not get in their way. O isn’t sure where his loyalties lie, and he doesn’t have much time to figure out whether ’tis better to be noble or be dead.

“Inspector O is called out of retirement to investigate a murder in Macao. Eventually it becomes clear that the job is not to solve the crime, but to obscure it. This is a police procedural North Korea style—fully inverted. It’s not what you do that lets you get by in North Korea, it’s what you don’t do.” ( The Economist)

What listeners say about The Man with the Baltic Stare

Church FINALLY fixed his pacing problem with 'the Man with the Baltic Stare'. This novel was a lot better than 'Bamboo and Blood'. It may even be better than his first one (although 'Corpse in the Koryo' gets originality points). Anyway, it redeemed the Inspector O series for me.

But, head back to Church (no more le Carré backsliding today). I think this novel was more confident, less messy, and reminded me of why I started reading Church in the first place. I guess I'm going to have to read Johnson's 'Orphan Master's Son' now just to get North Korea out of my blood.

way too convoluted. hard to follow. too much fill. drama drama drama. maybe reading the series would help