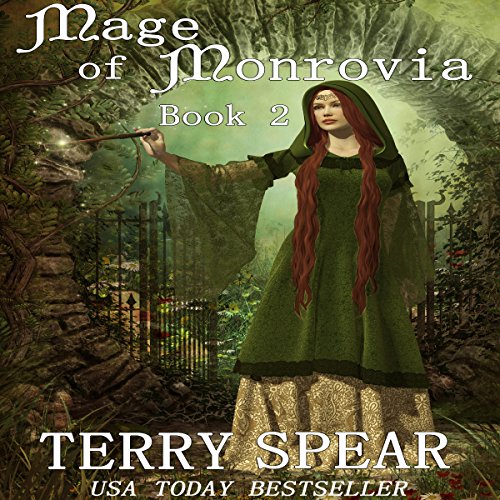 By: Terry Spear
Narrated by: Elizabeth Phillips
Free with a 30-day trial

Mexia has already done much more than most school - trained mages when she and her companions had gone in search of the scepter of salvation. But now one of the apprentices of the evil wizard they had destroyed, has stolen his spell book and plans to take up where he had left off, and she has to try and stop him.

Mexia believes the only way for her to defeat the mage is to become school trained like he was with the eventual goal of becoming a high wizard--the first of her kind in Inherian. But the current headmaster denies her entrance because she's a woman. Though if she can get the former headmaster's recommendation, she may attend.

And that's the beginning of the trouble.

Then, the immovable headmaster.

And then, the circle of misfortunes.

It all goes downhill from there...

What listeners say about The Magic of Inherian

My Thoughts - 5 out of 5 Unicorns - I loved it!!!
***Received a code from the author to listen to and review the audio version of the book

The cover is breath-taking. I love it!! It feels old world, the dress is stunning and overall it feels magical :)

I really love this series. This book’s focus is more on Mexia, but all of the characters that I loved from book 1 are here with the exception of Princess Talamaya’s betroved. Mexia is strong and fierce and won’t back down or be held against her own will. I love how smart and resourceful she is to get out of all the trouble that finds her. There are even a few new characters. Though I think I would slapped Mexia’s prince quite a few times throughout the story. He redeems himself in the end at least in my eyes :)

My son loved all the adventure and our favorite gruff dwarf. We both loved that it was the same fabulous narrator :) She really brings all of the characters to life for us. Of course, it all ended way to quickly, and book 3 isn’t out yet. I do hope we don’t have to wait long to see what happens next to the group.

I highly recommend this series to anyone who loves strong female characters who help any they meet especially if you love Terry Spear already :)

Would you consider the audio edition of The Magic of Inherian to be better than the print version?

Yes. I really liked the narrator.

What other book might you compare The Magic of Inherian to and why?

The Scepter of Salvation is the first book.

I loved how she changed voices with the different characters.

My favorite part was the fog in the swamp. The way it was described, I felt like I was there.

The trio is on another quest and this time it’s to enroll Mexia in a wizard academy. The only thing is girls are not allowed. They have to conquer a few quests before the head wizard will even consider it.
I really like quest stories and this one doesn’t disappoint. Mexia, Princess Talamya, Kersta, and the grouchy dwarf head out to conquer evil.
Mexia not only uses her magic but also uses other resources to accomplish her goal while possible love interests try to interfere. I’m not quite sure I liked Derek as the love interest. His tactics for keeping Mexia safe are motivated but controversial.
I recommend this story if you like quests lead by strong and smart women.