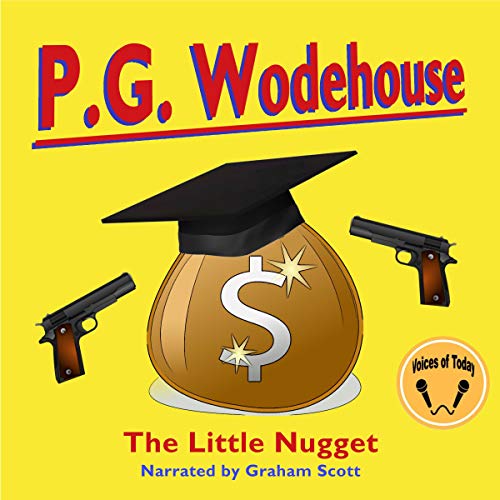 The Little Nugget
By P.G. Wodehouse

Pudgy, scowling Ogden Ford, spoiled child of divorced parents with far more money than is good for them, is "the Little Nugget" - the El Dorado of the American kidnapping industry.

When Ogden's father sends him to an isolated English preparatory school, Mr. Peter Burns, gentleman of leisure - persuaded by his brand new fiancee - becomes a master at the school in order to steal the Nugget and take him back to his doting mother.

But Peter soon discovers that the Nugget's presence has attracted professional competition, in the very different forms of Smooth Sam Fisher and the rather less refined Buck MacGinnis. And if that were not complication enough, he also finds himself once more face-to-face with the woman who broke his heart five years ago....

What listeners say about The Little Nugget