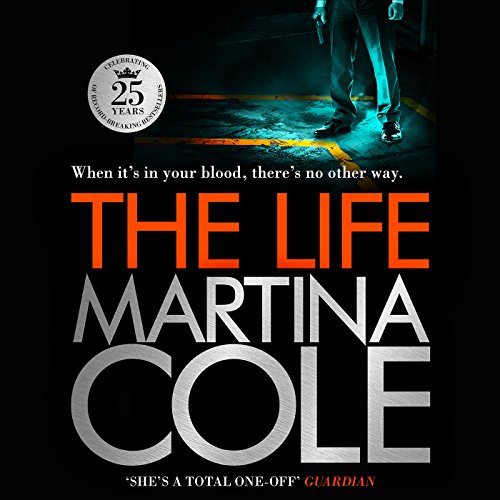 By: Martina Cole
Narrated by: Annie Aldington
Try for $0.00

The most authentic novel of gangster family life ever written, from the number one best-selling author Martina Cole.

The Bailey brothers are gangsters determined to make their mark in the world. Peter and Daniel are chalk and cheese in many ways - Peter's calm exterior belies his ruthless nature, while Daniel's penchant for spectacular violence is legendary - but together they are unstoppable. From the late 70s they rule London's East End, and when their sons join the business, it seems that no one can touch the powerful Baileys. Although it's never easy at the top; there is always someone waiting to take you down - sometimes even those closest to you....

Lena Bailey is determined to shield her youngest child Tania from the Life. But when a terrible tragedy occurs, Tania's eyes are opened to their world in a way that forces her to make an irrevocable choice that will determine her future.

Martina Cole's gritty and gripping new novel is an unflinching portrait of a family torn apart by violence and betrayal, but ultimately bound by loyalty, by blood, and by a burning desire for revenge.... It is a story of the Life, told as only Martina Cole can.

What listeners say about The Life

Another cracking read from Martina Cole she brings the characters to life and you feel as if you are there with them through all the tragedy, brutality and also the joy

I always enjoy reading the books by this writer.

You know what you're getting

with Martina Cole and yet she still manages to hold the interest Gangland life in the East End, told from the perspective of the women standing on the sidelines

Really enjoyed the Bailey’s tale. So many twist and turns in the life really worth a listen.

No escaping The Life

Probably my favourite Martina Cole book to date. Storyline was excellent. Not easy to narrate when you’ve not two Bailey twins and they’ve got 7 Bailey sons and 2 Bailey daughters between them but narration was excellent as always

Its difficult to get into the narrator is hard to listen too not so good with the male cockney, but eventually its a good read if you have read martina cole before you will know the stories are predictable but good

As usual this Martina Cole story does not fail to disappoint, it focuses on two half brothers and their relationship with each other, between them run the criminal world in London. The story revolves aound them, their families and all the siblings.

What makes this audio book even better is that it is read by Annie Aldington, who does a brilliant rendition as always.

This was really disappointing. It starts well enough, a thoughtful prologue and fairly punchy first chapter. However, it goes on to become a mind numbing account of the uninteresting lives of a family of London crooks.

The writing is dreadful. We are *told* virtually everything and *shown* none of it. When there is some action it is followed up by pages of tedious exposition.

I gave up on it after about 4 hours, not caring one iota for any of the characters nor what lies in store for any of them in the latter part of the book.

The publisher says it is "The most authentic novel of gangster family life ever written". Well, if that's the case give me the inauthenticity of Mario Puzzo over this any day.

most annoying thing is every couple minutes is a new chapter. Great narration as always

brilliant always love reading Martina Cole but it's a whole new brilliance when the story is being told to you, ciuldntget enough of it, gutted its ended now but on to my next story I go

I love martina Cole and I love Annie Aldington it's that simple perfect match for me.... I want to read one a martina Cole book so badly BECAUSE of annie Aldington..... And the story is filled from start to finish