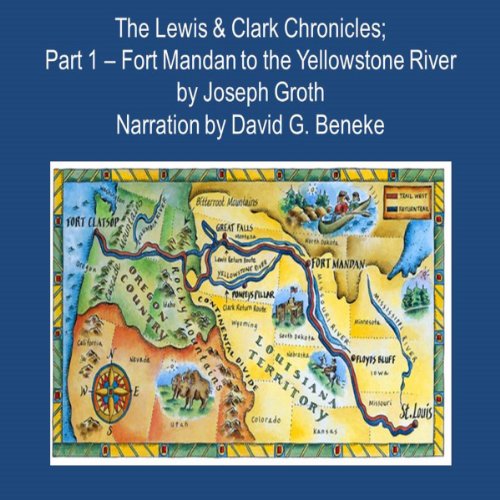 These Chronicles could have been authored by Thomas Jefferson had he been so inclined to do so. He and Captain Meriwether Lewis spent long nights tracing its daily record of "Courses and Distances" onto brown paper on the floor of the East Wing of the White House. After Lewis's untimely death, Jefferson instead relegated the job to Captain William Clark. As a result, the narrative of the expedition has, until now, never been told as Captain Meriwether Lewis intended it to be.

The author discovered these Chronicles in transcribing the original handwritten journals. He has edited and annotated them to include brief biographical sketches of the members of the expedition, background information regarding the Native American Indian tribes they encountered, and the current place names of the geographical land marks the captains named in honor of members of their party. (Sadly, none of them remain named as the Captains intended.) Anyone reading these Chronicles will agree with historian and author Stephen Ambrose when he said, "The journals [Captain Meriwether Lewis] wrote are among his greatest achievements and constitute a priceless gift to the American people."

What listeners say about The Lewis & Clark Chronicles, Part 1

Where does The Lewis & Clark Chronicles, Part 1 rank among all the audiobooks you’ve listened to so far?

The Lewis and Clark Chronicles; Part One ranks #1 among all the audiobooks I have listened to so far.

What was one of the most memorable moments of The Lewis & Clark Chronicles, Part 1?

The opening sentence when David Beneke says: "I, Captain Meriwhether Lewis, having on this day completed all of the necessary arrangements to depart from Fort Mandan, . ."

What does David G. Beneke bring to the story that you wouldn’t experience if you just read the book?

His elocution and authentic accent.